Narendra Modi Says He Is Ready For 2024, Sonia Asks Congress To Pull Up Socks 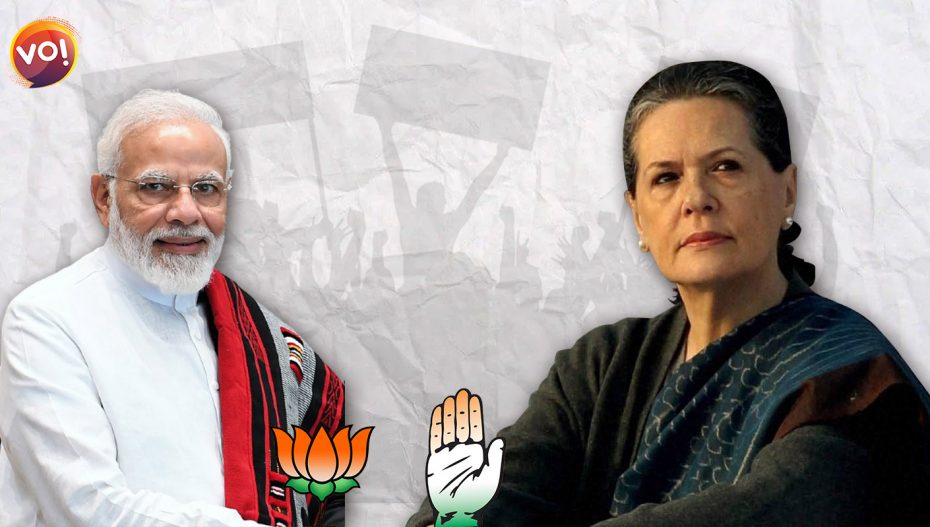 There is little doubt, which was also reflected on the first day of the Congress party’s three-day national ‘Chintan Shivir’ that began in Udaipur in Rajasthan on Friday, that Narendra Modi remains the key challenger and the toughest nut to crack for the grand old Opposition party.

Speaking on Thursday in a video address at the Utkarsh Samaroh in Bharuch, where beneficiaries of four Central Government schemes were assembled, Modi recounted an earlier interaction he had with a senior Opposition leader whom he respects too.

“He asked me Modiji, what else do you want now, given that India has made you a prime minister twice? I told him this was no grand achievement until all the central government schemes are 100% implemented in right earnest. My government is moving with new energy and will continue to do so,” the Prime Minister said.

Modi said, to huge applause, that this senior opposition leader “does not know that this Modi is made of sterner stuff, it is the soil of Gujarat that has shaped him. It is not enough that I should rest now, (thinking) that everything that has happened is good…No…My dream is saturation…meet your target 100 per cent. Get the government machinery into a habit, create faith in the citizens.”

The Prime Minister said when he was elected in 2014, “almost half the country was 100 miles away from toilets, vaccination, electricity, bank accounts, in a way they were denied. In all these years with all our efforts many schemes have achieved 100 per cent saturation”.

When the Congress leadership gathered on Friday for the brainstorming session, they recognised that they had to change its working style and bring organisational changes to meet the challenge ahead. A Congress leader told Vibes of India, requesting anonymity, “Our challenge is not BJP, but Modi.”

Agrees political scientist Ghanshyam Shah, who says Modi has no challenger as of now. “It is only he who will decide when to call it quits or rest. He decides his timing, and as of now there is nobody in the country who matches his energy level or can change the course of what he decides to do.”

Shah says he is not all surprised if Modi considers winning a third consecutive election in 2024, and nobody is. That’s exactly the Congress’ underlying challenge.