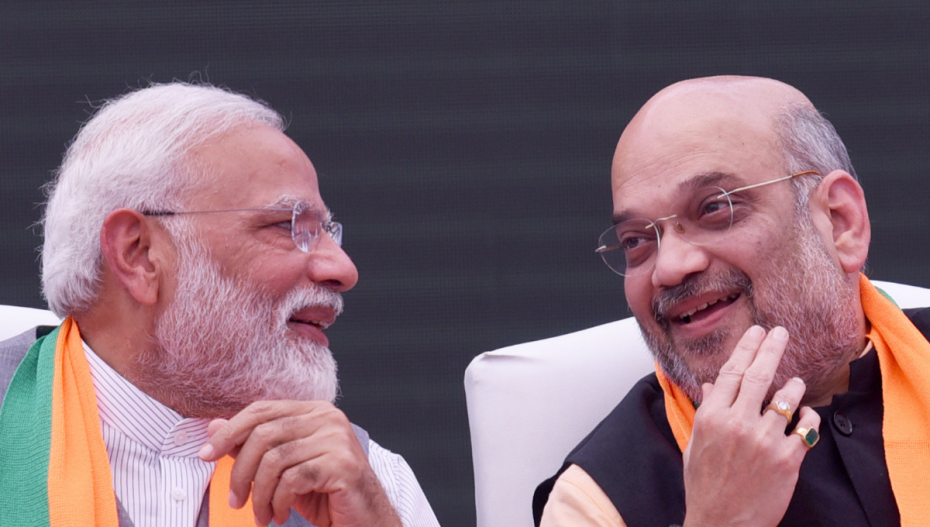 Insisting that those working with PM Modi would agree that the Union cabinet has never run in more democratic manner ever, Home Minister Amit Shah significantly chose the word “dictator” to deny the perception that PM Modi is having traits of.

Home Minister was speaking during a special interview with Sansad TV, the occasion of Narendra Modi completing 20 years in public office on 7th October.

Describing Modi as a risk-taker and a disciplinarian, Amit Shah denied that Prime Minister imposes his decision in matters of importance related to governance and policy. He is an exceptionally good listener who gives importance to the quality of suggestions instead of person who suggests it.

Modi’s style of functioning is criticized by the opposition as being “dictatorial” by citing the decisions like demonetisation, abrupt nationwide lockdown announcement, banning of triple talaq, surgical strike, abrogation of Article 370 in Jammu and Kashmir, ignoring farmers protests.

Amit Shah said that the perception of Modi taking unilateral decisions is created by rivals to damage his image as a personal attack. Modi has changed the dimensions of politics in the country and Modi gets stronger every time he is attacked, Amit Shah added

The home minister also took a swipe at the Congress party is not able to digest the fact that Modi is running the country successfully as they considered ruling as their birth-right.