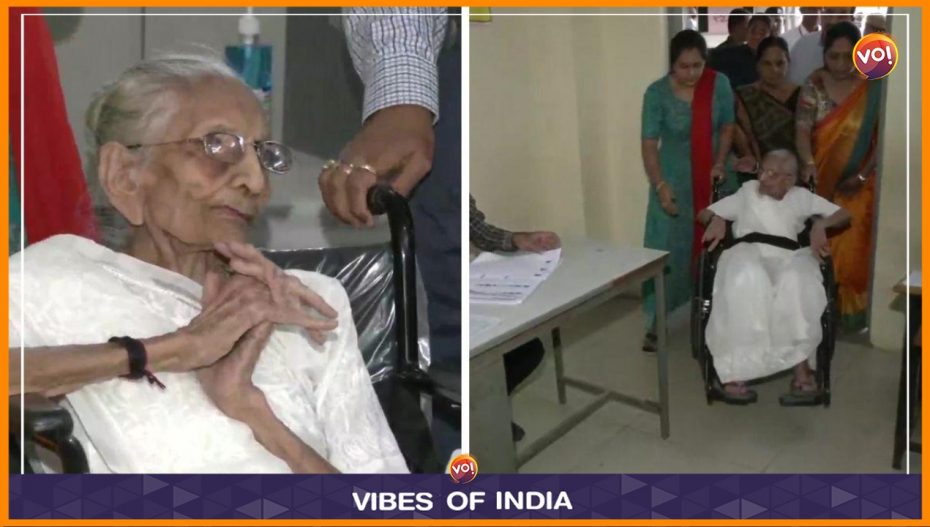 While Prime Minister Modi cast his vote at Nishan School in Ranip, Ahmedabad, his centenarian mother went to a polling booth in Raysan village near Gandhinagar to cast her vote.

The rules allow the casting of the vote from the confines of their homes to the elderly, however,  Hiraba chose to travel to the polling booth in a wheelchair to fulfill her duty as a citizen.

Hiraba lives in Raysan with PM Modi’s younger brother, Pankaj. The Prime Minister’s frequent visits to his mother have been well-documented in the media. Hiraba went to cast her vote accompanied by her younger son and other family members.