‘Printed Comics Continue To Be Popular In Digital Age’ 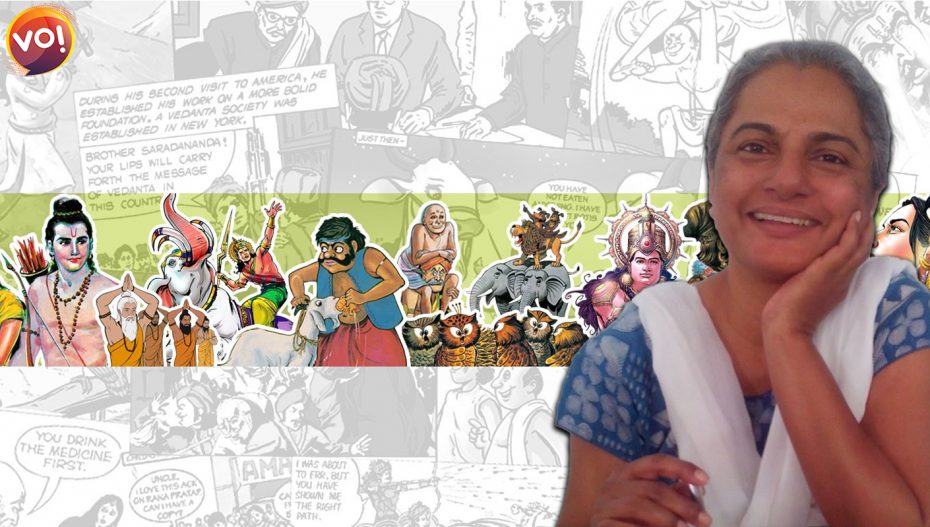 Executive Editor of Amar Chitra Katha (ACK) Comics, Reena Puri, took up the offer to write for Tinkle at the insistence of her young sons who were avid readers of those comics. Here, she talks about why ACK group does not bring out superhero comics, the challenges of writing for children, and much more…

1.As a child were you fond of comics? For children, are comics a stepping stone to books?
I love comics. As a child, I would enjoy Beano, June and School Friend, Phantom, Batman, Commando and Archie comics. For children who do not enjoy reading, comics are definitely a stepping stone to books. I would read out stories every night to my sons when they were young. My older son took naturally to books. My younger one first started reading Tinkle, and that drew him to reading.

2. In today’s digital age, how do print comics manage to retain their charm?
When COVID struck, retail sales dipped so we came up with apps for ACK and Tinkle. The apps are doing well but parents prefer print copies as they do not want their children on gadgets continuously. Last year, we published 1200 pages in all. So, the print media for comics is not on a decline!

3. Is it more difficult writing for children than adults?
When you write for children, you have to treat them as equals. They should be able to relate to what you are saying. Each generation of children comes with its own learning and set of experiences. It’s more challenging to write for children today because of the increased exposure and awareness they have.
Our language is simple. We are very particular to be gender, race and colour sensitive. No more colouring of ‘asuras’ (demons) as dark and ‘devas’ (gods) as fair. No more showing women cooking in the kitchen while men are reading the newspaper. My team has several youngsters and they are very sensitive about discrimination of any sort.

4. What was Anant Pai’s (founder of the group) vision for ACK and Tinkle?
I worked with Mr. Pai from 1991 to 2005. He was a friend and mentor to me. The aim of ACK, launched in 1967, was to acquaint Indian children with their heritage. Mr. Pai felt kids were cut off from their own culture. He wanted them to be aware of their roots to help them acquire a sense of identity and feel a pride in their culture.
Tinkle came in 1980 as a creation of Mr. Pai’s team. It was lighter, filled with fun and humour. Characters like ‘Shikari Shambu’, ‘Suppandi’ and ‘Tantri the Mantri’ endeared themselves to children. The tagline for Tinkle is ‘Where learning meets fun’. It comes across as pure entertainment but there is a lot of learning for school-going children. We have history, geography and science through quizzes, stories and travel accounts. Both ACK and Tinkle are a mix of entertainment and education. They are translated into many regional languages and a few foreign languages as well.

5. Why does ACK focus largely on mythology and history?
ACK does not focus only on mythology and history. It also covers folk tales and fables, literature and biographies. We have brought out comics on M.S. Subbalakshmi, Dhyanchand, Salim Ali, and many other icons. A lot of research goes into the making of each ACK comic. The language is age-appropriate. Folk tales target younger kids while biographies are for teenagers.

We have not ventured into the superhero genre as Mr. Pai felt that our comics must be realistic. He believed that children have the capacity to be superheroes in real life. And, showing them a superhero with magical powers would disempower them.

6. Tell us about recent interesting projects.
My favourite is a recent book on ‘Women in Power’, a Ministry of Culture project. We are also working on a publication on tribal freedom fighters. We now publish collections rather than 32-page comics. Our ‘Ultimate Collections’ is very popular, especially with NRIs.