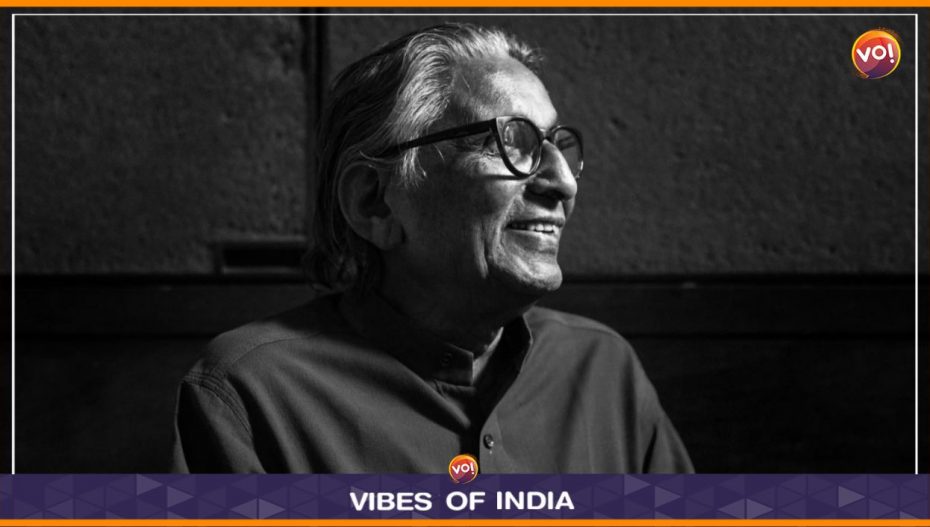 Ahmedabad-based acclaimed architect Dr Balkrishna Vithaldas Doshi passed away at the age of 95 around 10.30 am today. He is regarded as a significant figure in Indian architecture and is renowned for his contributions to the development of the country’s architectural discourse. He is a forerunner of modernist and brutalist architecture in India, having worked with Le Corbusier and Louis Kahn.

The FLAME University, IIM Bangalore, IIM Udaipur, NIFT Delhi, Husain-Doshi Gufa aka Amdavad ni Gufa, IIM Ahmedabad, and the Aranya Low-Cost Housing development in Indore, which won the Aga Khan Award for Architecture, are some of his more notable creations.

He won the Pritzker Architecture Prize, one of the most prestigious awards in architecture, in 2018, becoming the first Indian architect to do so. He has also received the Padma Bhushan and the Padma Shri awards. Doshi has won numerous international and national prizes and honours in appreciation of his outstanding work as a professional and an academician.

The UK’s highest architectural accolade, the Dhirubhai Thakar Savyasachi Saraswat Award, was presented to Doshi by CK Mehta on June 27, 2017. It is the Royal Gold Medal for Architecture for the year 2022, given by the UK government through the RIBA and with the Queen’s personal permission. He was honoured with Global Award for Sustainable Architecture, Dhirubhai Thakar Savyasachi Saraswat Award, Padma Bhushan, Government of India, 2020 (first edition), Padma Shri (1976), Officer of the Order of Arts and Letters, France’s highest honour for the arts, and an honorary doctorate from the University of Pennsylvania.