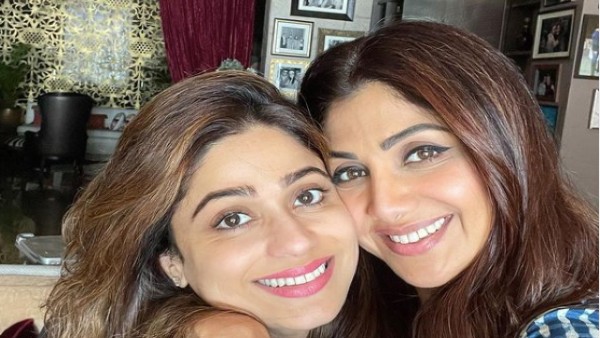 B-Town Diva and Actress Shilpa Shetty showers love on her sister Shamita Shetty who is currently one of the BiggBoss contestants by bombarding sweet tweets in support of her sister.

She also joined the trend ‘Shamita Winning Hearts’ by sharing the dance video of Shamita and Pratik Shejpal in BiggBoss house.

Shilpa is currently chaired as a judge for the ninth season of the show “ India’s Got Talent” along with Kirron Kher, Badshah and Manoj Muntasir.

Shilpa Shetty is continuously supporting Shamita in each possible way, Shilpa earlier wrote on her Instagram story  ‘You’ve handled yourself with utmost dignity and grace, my darling. Continue to rock it like the star that you are.’ Along with the story, she concluded the tag “Shamita Winning Hearts” by this sweet gesture one thing is for sure, Along with Shamita Shilpa is also Winning Hearts by showing unconditional love and support for her baby sister

Shamita shetty is among the hottest favourite contestant in Biggboss house right now, She has managed to earn loads of Praises for her performance in the house so far,

Shamita Shetty started her acting career in the Film Mohabbatein and she has given some of the best dance numbers to Bollywood including “Sharara Sharara”
Shamita Shetty won the peoples heart on the show by confessing her age which is 42, she stunned her housemates by her honesty who assumed Shamita’s age around 35, Salman khan also praised Shamita Shetty in one of the episodes by saying Shamita is an independent woman who has never asked any help from her mother and her sister Shilpa Shetty, She has been happy in whatever she earns and she lives on her own