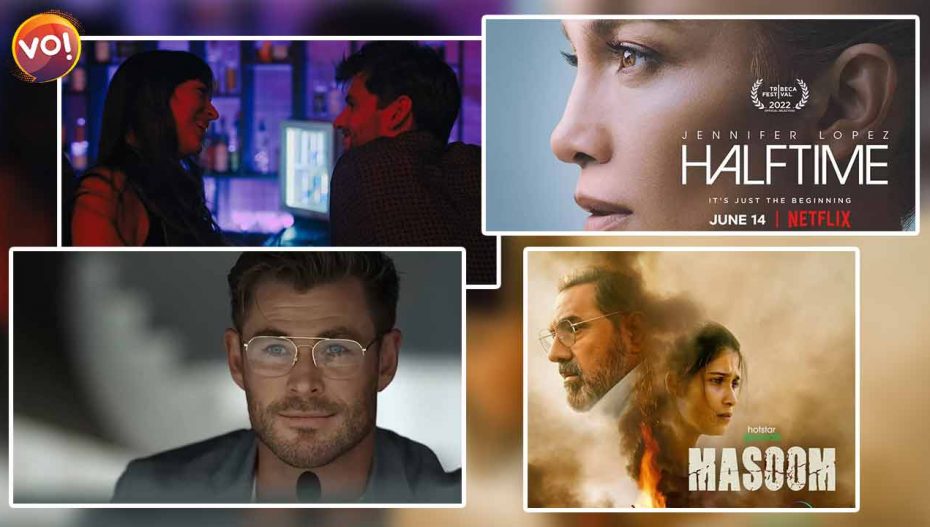 Here are some of the movies and series you can sit and binge watch in this week. From documentary to psychological thrillers, OTT has it all. Grab the popcorn bowl because it is all worth it.

Directed by Amanda Micheli, ‘Halftime’ is a documentary on Jennifer Lopez, a Latino, an artist, and a mother. It is an exhaustive look at her landmarks and evolution as an artist. The trailer portrays her struggles as an artist and her rise in the industry.

It is the story of her life and aims to entertain, inspire and empower the women in this industry. Available to binge on Netflix, the documentary reflects her protean career and struggles with the constant spotlight on her.

The writer, director, and actor Cooper Raiff proved himself an all-rounder in the new release Cha Cha Real Smooth. The film revolves around a young man Andrew, freshly out of college, working as a Bar Mitzvah party host.

A connection fosters between Andrew (Evan Assante) with a Domino (Dakota Johnson) and her autistic daughter, Lola (Vanessa Burghardt). He babysits Lola, and she opens up to him. Gradually, he forms a bond with Domino, but later, a daunting realization comes up in his life.

Cha Cha Real Smooth will be on Apple TV from June 17.

Directed by Mihir Desai and written by Ginny Diwan, Masoom is a psychological thriller, a remake of the 2018 Irish drama Blood.

Sana Kapoor is aghast and wreaked with the sudden cessation of her mother. She promises to unravel the truth even if that means she goes behind her family, especially her father (Boman Irani). Both share a complex relationship. He is against her idea of clarifying the endless doubts she has.

The complex family dynamic-filled Masoom will stream on Disney+Hotstar from June 17.

She’s back, and she’s more ruthless than ever. Creator Imtiaz Ali’s Bhumi, played by Aaditi Pohankar, is about to face her fears in Season 2 of She, as she gets charged with going undercover again. She has to get close to the person on the verge of turning Mumbai into India’s drug capital, Nayak, and assist in busting his criminal enterprise. The mission appears simple until Bhumi’s intents and loyalty are questioned by her superiors as she pursues her yearning for independence.

‘She’ Season 2 will stream on Netflix from June 17.

Spirderhead is a sci-fi thriller starring Chris Hemsworth with the director Joseph Kosinski. In the upcoming years, convicts volunteer as medical subjects in exchange for a reduced sentence. Scientists perform tests on these inmates in a lavish penitentiary run by imaginative scientist Steve Abnesti (Hemsworth). When two inmates, Jeff (Teller) and Lizzy (Smollett), build a bond, they realize they’re in danger as Abnesti’s experiments become increasingly bizarre.

When two plastered men posing as police officers interrupt Aditya and Neha’s innocent date in the Mumbai suburbs, they face a dreadful night. The men harass and assault the couple while riding in their car before releasing them. Aditya, traumatized by the events, tries to avenge them a few days later. His relationship with Neha progressively deteriorates as his fixation for vengeance leads him down a dark path that even he couldn’t foresee.

Operation Romeo will stream on Netflix from June 18.

Read this: Top 10 Crime Series To Watch On OTT Platforms