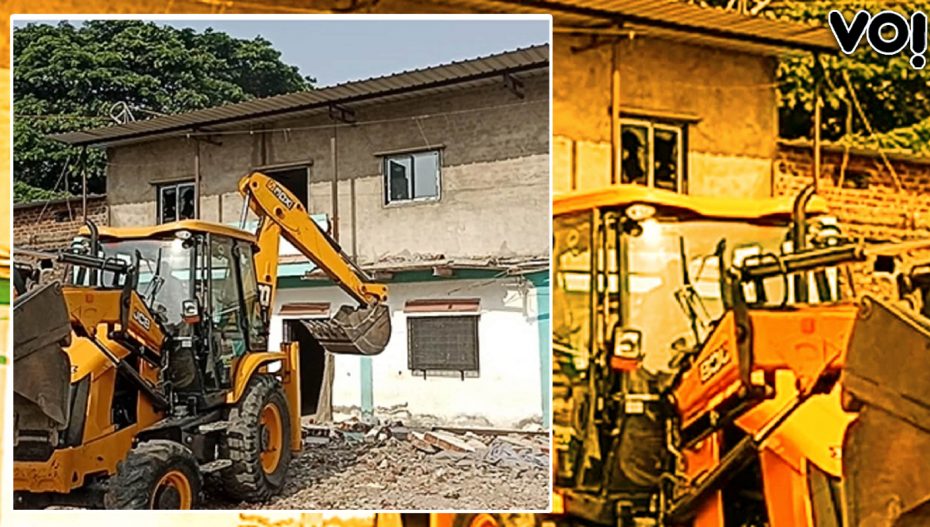 Surat police, it seems, has also jumped on the bandwagon of the current trend of bulldozing properties. Cracking down notorious gangsters, the city police have started demolishing the properties of the criminals, who have been occupying illegal lands.

The Surat’s Rander police reached the gambling club operating on land that was illegally occupied by gangsters Sujju and Aarif Kothari. They drove the bulldozer and demolished the the property. Police also seized iron gates and bikes. Workers and people there were taken away by the police. Police carried out the demolition with the assistance of the Surat Municipal Corporation.

However, it is not like this move comes without a warning. The officials has investigated these properties in the past. Police has warned repeatedly against illegal occupation of government land.

This action from the police follows a the incident on Tuesday. The police had gotten information that gangster Sajju Kothari was hiding in Subhash Nagar and so they had gone to arrest him. However, the police was mobbed and attacked by his accomplices and his brother Aarif Kothari. Although Aarif was not on the police’s radar previously, since the scuffle he has also been put on the wanted list. More than a dozen people have been arrested in connection with attack on police, and legal action has been taken against them.