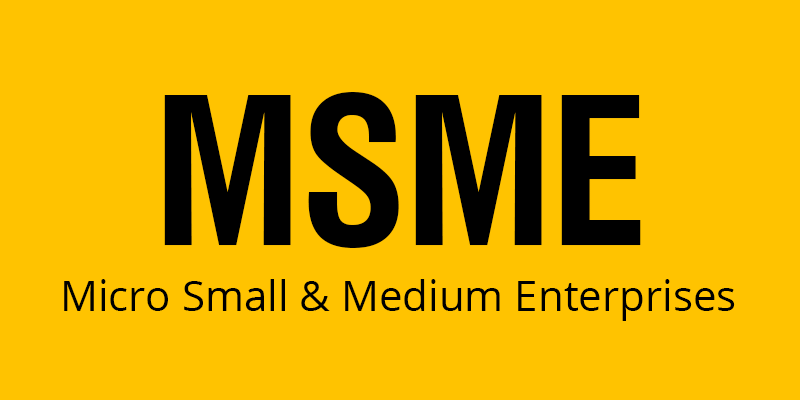 The Indian economy is majorly Micro Small and Medium Enterprises (MSME) sector driven. It contributes upwards bound, 30 percent to the economy in both GDP and employment generation. But this sector has been reeling under pressure and crumbling due to the slowdown in 2019, and the worst hit by the pandemic. In a recent survey by the Consortium of Indian Associations (CIA) and its 40 partner associations, some grave results have surfaced. As per the survey, 73 percent of enterprises have not recorded profits in the year 2020-21, 59 percent have laid off their workers, and 88 percent claim they are yet to avail the benefits of any of the stimulus packages introduced by the government.

If this is not worrisome, the Financial Stability Report (FSR) from the Reserve Bank of India (RBI) further warns of significant business disruptions for small businesses. The situation in Gujarat, one of the most industrialised states in the country, is also grim. As per data from the banking industry, non-performing assets (loans that are not being paid or paid when due) are rising in the sector.

“The transition from low and medium-risk MSME borrowers (year-on-year) to the high-risk segment was noteworthy. The implications of business disruptions following the resurgence of the pandemic could be significant,” notes the RBI’s report.

The stress on the business and finances of the MSME sector is visible. The RBI report further notes that a total loan of worth Rs 71,431 crore has been restructured (loan repayment conditions relaxed, further cash support provided, reduced interest rates, etc) between January 2019 and August 2020 for the MSME sector in India. The report adds that growth in credit to MSME was aided by Emergency Credit Line Guarantee Scheme, announced by the government in May 2020 as part of the ‘Aatmnirbhar’ Package.

Fourth of total NPA in Gujarat is from MSME

Meanwhile, the situation in Gujarat is not so good either. The non-performing assets (or NPA) to MS in Gujarat is also rising and it is at the highest level at the end of March 2021. Further, considering all NPA in the banking system of the state, more than one-fourth comes from small and medium businesses.

The industry captains believe that it’s not just the financial support that is troubling MSMEs. “Funding was a major issue for the last couple of years, especially during the pandemic. However, I believe the biggest challenge before the sector is not enough government support in terms of administration and policy. Some of the foreign investors get preferential treatment and local entrepreneurs have to go through a red tape. We need policy support in terms of business development, getting a plot in an industrial area, electricity charges, product marketing and innovation,” said Ajit Shah, president of Sanand Industries Association.

He adds that small-scale industries will always face challenges in terms of getting funds, preferential buying from customers and other issues as their influence or financial might is smaller as compared to the large corporates or multinationals.

During the pandemic, recovery was slow as the industry was facing many challenges. “The demand was low when unlock started. Labour migration resulted in a shortage of workers. As pent-up demand started increasing the prices of key raw materials like crude oil derivatives, steel, cement products, et al. All these increased the working capital requirements and that is a big challenge,” said Dr Jaimin Vasa, president of Gujarat Chemicals Association.

On other hand, Ajit Shah believes that increased financial support by increasing the borrowing limit was a relief but it has also increased the burden. “During the lockdown, most small and medium businesses were not able to operate either because of lack of demand or no workers to produce. The losses were huge, funding support covered the loss but most industries were not able to benefit from the pent-up demand” added Shah.

However, both of them believe that if Covid-19 cases remain under control, the situation is likely to improve in the coming months. “I believe, the situation will improve in the next six months or so provided, the pandemic is controlled. However, normalcy to pre-pandemic levels will take time,” said Dr Vasa.

Thus, in a nutshell, what traders and small-scale entrepreneurs are looking forward are some concrete policy changes and a growth-oriented approach in which the indigenous sector can well get back on its toes and be financially stronger. This shall also lead to a positive outlook on their social front and thus the vibes around the eco-system are expected to turn positive on an overall front. Lastly, what they want on their mind is the lingering threat of defaulting to lenders and the consequences thereof, which is suddenly becoming a big social stigma and needs to be arrested, since there are sizable private borrowings also in the picture where the stakes and volatility are very very different.