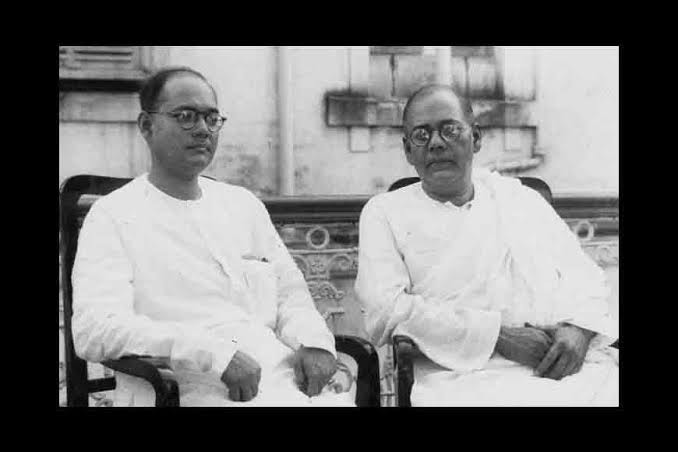 The Indian Independence has certain names with which the prefix passion, zeal, revolutionary and brave-heart come without mentioning. Subhas Chandra Bose is one such leader.

Born on January 23, 1897, in Cuttack, Orissa, to his credit goes the initiative of the Azad Hind Fauj, an army hailed by many as the only Indian effort to oust the British by force. To construct the unit, he travelled far and wide, from Japan, Germany and Russia to Afghanistan, Rangoon and Singapore to mobilize international forces.

The stories of his political relations with foreign countries are well known but his special relationship with Gujarat remains a mystery.

Families falling apart over a will is a mundane story. And though not related by blood, the seed of dissent between Sardar Patel and Subhas Chandra Bose was also caused by a will.

Bose looked after Vallabhbhai’s elder brother Vitthalbhai Patel during his last days. During that time, Vitthalbhai included Netaji in as a beneficiary in his will as he believed that he will use the money towards the great cause of India’s freedom. However, Vallabhbhai filed a case in the Bombay High Court challenging the decision. After lengthy negotiations, Vallabhbhai Patel finally won the case.(Vallabhbhai smells rat in Vithalbhai’s Will)

In the event: of my death in Europe I desire that Mr. Subhash Chandra Bose shall take charge of my body and make the necessary arrangements for sending it to Bombay for cremation on the Chaupaty Sands along side the place where the late Lokamanya Bal Gangadhar Tilak’s body was cremated.

The balance of my assets after the disposal of the above mentioned four gifts is to be handed over to Mr. Subhash Chandra Bose (son of Janaki Bose) of 1 Woodburn Park, Calcutta to be spent by the said Mr. Subhash Chandra Bose or by his nominee or nominees according to his instructions for the political uplift of India and preferably for publicity work on behalf of India’s cause, in other countries.

Five years later, in 1938, Mahatma Gandhi nominated Netaji as the President of the 51st Congress of the Congress at Haripura, Surat. He was elected Congress president after Netaji’s influential speech at Haripura despite Vallabhbhai Patel’s opposition. On the occasion of the 51st session at Haripura, Surat, Subhash Chandra Bose’s chariot was greeted with 51 oxen and Netaji was seated in it.

However, this was not the only issue between the two leaders. Vallabhbhai Patel was a staunch opponent of Subhash Chandra’s aggressive approach. Shortly after Netaji became the Congress president, the horrors of World War II began to unfold. For Bose and his band of revolutionaries, it was the right time to strike aggressively and pressurise the already war-torn British into granting India its Independence.

However, Patel-Gandhi, who followed the ideology of non-violence, disagreed, eventually Netaji resigned from the Congress to pursue his freedom ideology and set up a new organization, the All India Forward Bloc, which emerged as a new party.

Petitioner Withdraws PIL To Ban Loudspeakers In Mosques In Gujara...

'Wearing hijab should not become an emotional issue,' Says Karnat...