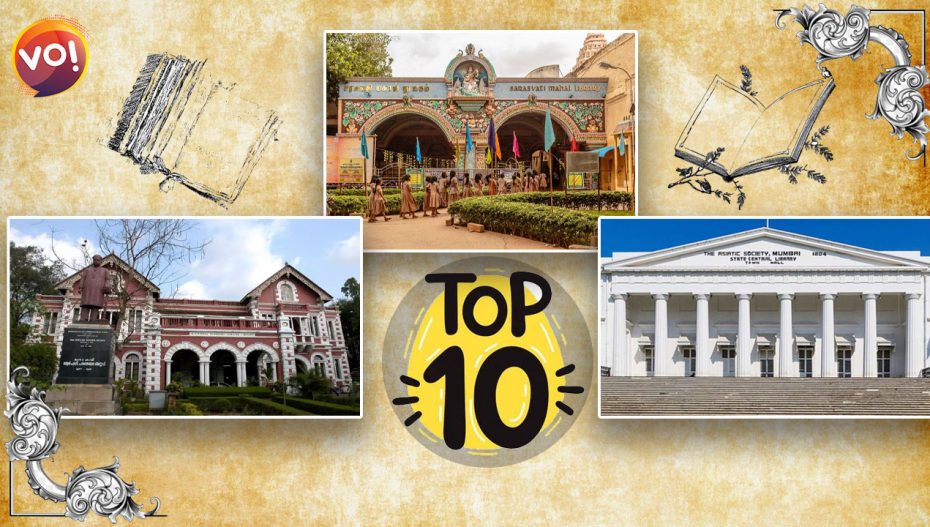 Libraries can be called second home to readers. So, for those readers nazis who want to dive into the ocean of knowledge, here’s the list of top 10 must-visit libraries in India not only in terms of area but also in terms of collection of books.

The National Library in Kolkata is the largest by volume of books and public records. The library, spread across 30 acres of land, has housed over 2,270,000 books. It also collects and preserves every printed material ever written. Therefore, it includes around 86,000 maps and over 3,200 manuscripts.

The Delhi Public Library in Delhi has a collection of over 18 lakh books. It is noteworthy that the library has a separate section for books in Braille.

State Central Library (SCL), situated in South India, covers an area of 72,247 square yards. It has a collection of around five lakh books and houses about 17,000 rare and valuable manuscripts.

The Tamil Nadu-based library covers an area of 8 acres with a collection of around 5 lakh books. It also contains a Braille library to cater to the needs of Blind people.

Krishnadas Shama Central Library of Goa considered one of the oldest libraries, houses books and journals in various languages like Portuguese, Latin, French, and English. Moreover, it holds volumes that date back to the 1961 era.

The State Library of Kerala, established in 1829, has a collection of 3,67,243 documents in different languages and various disciplines.

The Smt. Hansa Mehta Library, based in Vadodara, has its roots grounded in 1950. It holds a collection of around 25,000 books and owns the biggest reading room with an area of 10,600 sq. ft.

Saraswathi Mahal Library, established in the 16th century, is one of the most ancient and unique Asian libraries. Later, the government opened it to the common public. It has a collection of over 35,000 manuscripts in languages like Tamil, Sanskrit and Telugu.

Society has a rare and valuable collection of over 15,000 books. The library holds original copies of Dante’s Divine Comedy.

Calmness is in Chaos