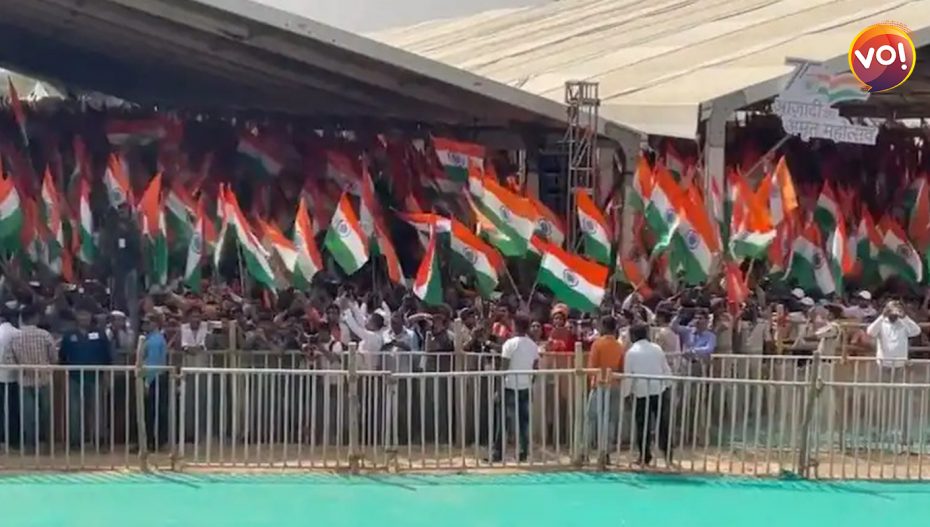 Union Home Minister Amit Shah, on Saturday, was a proud witness to more than 75,000 people simultaneously waving the Indian national flag at the semi-urban Jagdishpur town in Bihar, where the BJP sought to make history by breaking Pakistan’s record set 18 years ago. The previous world record was set by 56,000 Pakistanis who waved their national flag at a function in Lahore in 2004.

The occasion was the 163rd birth anniversary of Veer Kunwar Singh, the then king of Jagdishpur who is regarded as one of the heroes of the Revolt of 1857. The event was organized as part of Azadi Ka Amrit Mahotsav, the 75th anniversary of India’s Independence.

The attendees were made to wear bands for physical identification and camera trap was installed, with Guinness Book of World Records officials for supervision. The crowds applauded when the gigantic screen installed at the venue put the headcount of flag wavers at 77,700.

Shah was joined by top BJP leaders from Bihar, including Union ministers R.K. Singh and Nityanand Rai, deputy chief ministers Tarkishor Prasad and Renu Devi and their predecessor Sushil Kumar Modi in waving the tricolour for full five minutes, to an instrumental rendition of the national song Vande Mataram.

Shah, whose role in bringing about ‘complete national integration by scrapping of Article 370’ was hailed by speaker after speaker, himself spoke for less than 30 minutes.

The former BJP chief told the gathering that reminding the younger generation of sacrifices made by freedom fighters was a key component of ‘Azadi Ka Amrit Mahotsav’ as envisaged by Prime Minister Narendra Modi.

Seen as the party’s top strategist, Shah also recalled the role played by the BJP, along with chief minister Nitish Kumar by whom he was received at the Patna airport, in ridding Bihar of ‘jungle raj’.

Shah, who is scheduled to wrap up his Bihar tour by attending the convocation ceremony of a private university set up by BJP leader Gopal Narayan Singh, also touched upon the welfare measures taken by the Modi government, especially during the coronavirus pandemic.

He said that Modi has set a target of making India number one in the world by 2047, when the nation celebrates the centenary of its Independence. He had words of effusive praise for the people who had come out in large numbers despite ‘such hot weather’.

Notably, this was Shah’s first visit to the state in more than two years. His last tour of Bihar was in January, 2020 when he had addressed a rally in Vaishali district, in the aftermath of the CAA-NPR-NRC controversy.