US Swimmer Anita Sinks To Bottom Of Pool During Event; Rescued By Coach 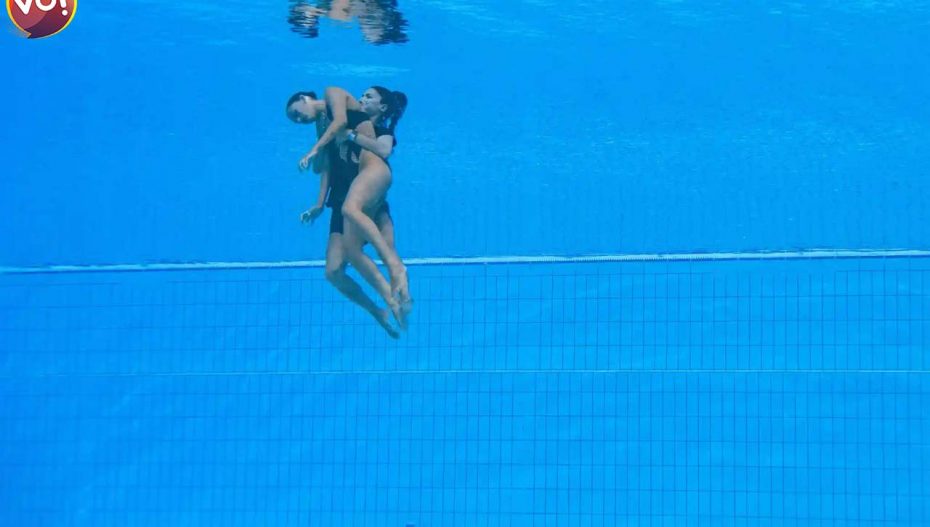 USA swimmer Anita Alvarez was rescued from the bottom of the pool by her coach Andrea Fuentes on Wednesday (June 22). The incident was reported from the solo free final at the 2022 FINA World Aquatics Championships, being held in Budapest, Hungary.

Anita was at the centre of a dramatic episode after losing consciousness in the water. She had completed her solo free final at the World Aquatics Championships when she fainted and sank to the bottom of the pool. Seeing the 25-year-old’s state, her coach Andrea Fuentes, without a moment of hesitation, jumped into the pool fully clothed to pull Alvarez up to the surface.

The swimmer was taken from there to the pool’s medical centre, and Team USA later issued a statement saying she was doing well. Fuentes said that despite the incident, Alvarez still hoped to compete in Friday’s team event.

“I was scared because I saw she wasn’t breathing, but now she is doing well,” Fuentes briefed the media. Four-time Olympic medallist Fuentes also shed light on the reason behind Anita fainting, while talking to the Spanish radio. “She exerted too much while carrying out her routine practice,” coach Andrea is reported as having said.

“She had only water in her lungs. Once she started breathing again everything was OK,” said Fuentes. “It felt like a whole hour. I said things weren’t right, I was shouting at the lifeguards to get into the water. Maybe they didn’t understand.” The coach added that the swimmer was left for a “good two minutes without breathing because her lungs were full of water.” She was taken out, immediate resuscitation deployed and only after she vomited out the water, did the swimmer regain consciousness.

Anita Alvarez is a Mexican American artistic and synchronized swimmer.

Also Read: Medics Who Treated Maradona To Be Tried For Homicide