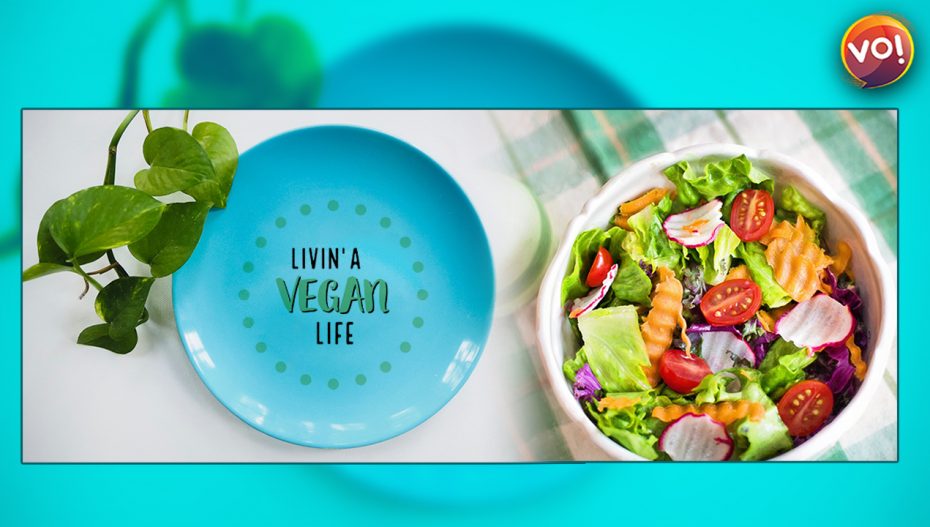 Vegan is the new mantra to swear by. And live by, for its increasingly large number of converts. Veganism is abstinence from animal products of any kind, especially in diet, as well as an associated philosophy that rejects animals as commodities. A vegan is someone who follows this diet or philosophy. So, no milk, cheese, honey, ice-cream or even facials that use dairy cream!

For 23-year-old Anand resident, who grew up eating meat, it was a moment of epiphany. “I am a Muslim so our diet is meat-based. Even as a child, I connected with dog and cats but that did not stop me from eating chicken, mutton and eggs. However, one visit to an NGO and it set me thinking,” shares Rozan who now heads the Anand Vegan Movement.

He recalls turning a vegetarian by choice by 18 after realising that meat consumption did not sit well with him. “I met Anii, an animal rights activist, who works with ‘Anonymous for the Voiceless’ when she visited Baroda for an animal-lovers outreach. It was almost revolting to learn of the cruelty prevalent in dairy, poultry and meat industries. That night, I researched about animal cruelty and, convinced, I turned a vegan. Anyways, the Indian culture promotes a plant-based existence (satvik) where we eat roti, sabzi, dal and rice. Meat is not part of our culture,” he informs.

Rozan elaborates that living off “abusing other living creatures” is nothing but sheer cruelty. “Our metabolism is designed for plant-based food. Plants and fruits can be consumed even if not cooked. But not so for meat. There is no trans-fat or cholesterol or Sars transmitted illnesses associated with plants. Plants are a rich source of Omega, protein, vitamins and all needed sodium and supplements. Nature has everything we need,” he lists the benefits of turning vegan.

Fifty-year-old Alpa Yagnik is a consulting Naturopath. She has been practicing veganism for 13 years. “When I started, there was no milk substitute available. But dairy products remain the biggest culprit of most modern-day illnesses,” she shares.

Elaborating on milk and dairy products being doing more harm than good, she adds that the “injectibles” to produce more milk actually create havoc in the animal’s system. “That itself is cruelty. Added, it is the pain of the whole process for the animal. Hormones go for a toss and the cow’s health is severely compromised. Then, we consume that unhealthily and un-ethically procured milk. Does it sound right?” her question does leave one with a thought.

As a Naturopath, Alpa says that the increasing incidence of PCOD and PCOS is all related to dairy consumption. “Women are also drinking the milk from the cow forcibly injected with chemicals. It is laden with chemicals that trigger hormonal imbalance in our bodies. Diabetes, hypertension and cholesterol are a corollary of consuming this milk,” she explains.

This medic swears by her chosen alternatives to dairy products: coconut water, energy drinks with tulsi and jaggery, lemon green tea and plant-based recipes that are rich in Vitamin B.

A lecture by PETA founder, Ingrid Newkirk, led Ranjit Konkar to tread the vegan path in 1991. Now 58, this professor at National Institute of Design, Ahmedabad was all of 27 when he decided to shun the cruelty and adopt a life in harmony with Nature.

“Turning vegan was preceded by turning vegetarian at the age of 13. I happened to watch a goat – whose meat I was to eat – butchered in front of my eyes. The horror of that sight stayed with me and led to the awakening of compassion for animals. In 1991, I was at Stanford University (pursuing a Ph.D), when a talk by Ingrid Newkirk was the answer to a subliminal turmoil. She put forward ethical arguments for veganism through pictures of how animals are treated in the livestock industry. That was it and it has been 31 years since. I am a happier and more content being,” he chronicles the journey.

Among focal points to support a vegan approach to life, he enlists:

1. Animal products are not possible to obtain without harming them. They resist it greatly.

2. We do not need products from animals’ bodies (meat, milk, honey, leather) at all. All our needs can be met through plants.

3. Taking away animal body parts like flesh and bones and skin is impossible without killing them. But even taking away milk causes death -for the male calf by starvation if not outright butchery. This is an open secret.

4. The cow does not give milk for humans. It is meant for calves. So also with every mammalian species, including us. We have had our mother’s milk custom-made, mouth-delivered to us by Nature.

Konkar maintains his lifestyle by consuming the regular Indian spread of roti, sabzi, daal, chawal. He is careful to avoid ghee, dahi, paneer, etc. “There are alternatives available. Just ask for vegan cheese and vegan chhaas,” are handy tips from him.

This 26-year-old food analyst conveys that the horrors of milk turned him into a vegan. “While writing a dissertation on the dairy industry in my senior year of college, I became vegan. As I learned more about factory farming and the realities of the dairy industry, I became even more horrified. In an instant, my bleeding heart couldn’t take it anymore, so I stopped eating dairy products, eggs, and countless other animal products,” shares Patel.

Joining the dots was just a natural fallout. As he puts it: “I saw a live animal each time I saw a burger. There is suffering for animals to become food for us. How can we pretend it is just a source of protein?”