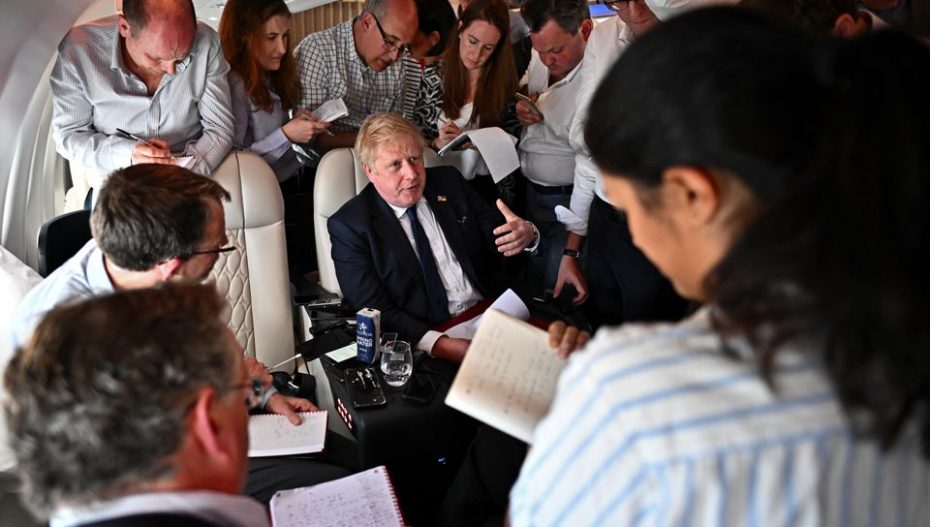 On a visit to Gujarat, British Prime Minister Boris Johnson signalled that Britain might offer more visas to India. He was reacting to the clinching of a free-trade deal that could boost annual bilateral trade by billions of pounds. The Visa bonanza can be termed as a return gift.

“I have always been in favour of talented people coming to this country,” the British Prime Minister told reporters while speaking on the plane on his way to India. “We are short to the tune of hundreds of thousands of people in our economy and we need to have a progressive approach and we will,” he added.

Post-Brexit, India figures high on Britain’s priority list with the shared history of both the countries and the intricate relations of the people of both the countries. Having brought Britain out of the European Union, Boris Johnson, the champion of the Pro-Brexit movement needs faster-growing economies like India to succeed in the promises made to the British people. On the other hand, India would be interested in greater opportunities for Indians in Britain.

Under such circumstances of mutual need, India will certainly look for relaxed rules and lowered fees for Indian students and professionals going to Britain. As Boris Johnson indicated Britain is ready to be more accommodating on this issue.

Britain would desire to benefit from the newly emerging behemoth of the Indian middle class and sees them as a potent market for British goods, services and technology. The trade deal with India is expected to double the British exports to India Total Indo-British trade in 2019 was worth 23 billion pounds, according to British statistics.

Ichthyosaur: One Of The Largest Sea Dragon Fossil Discovered In B...