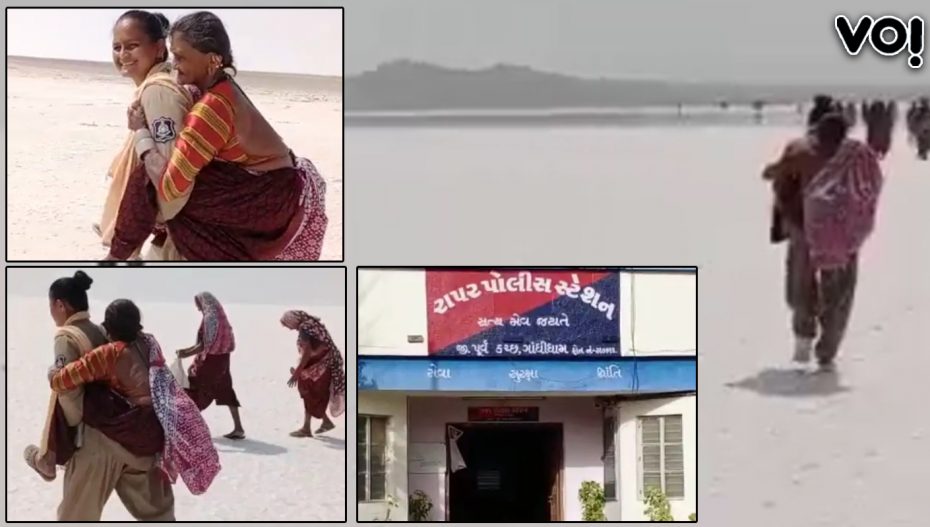 When a 85-year-old devotee’s faith brought her to the Bhanjda Dada Temple (10 km from Dholavira) on Khadir Island, little did she know that her belief in divinity would go back bolstered.

Earlier in the week, the famed temple was host to Morari Bapu’s Ramkatha. Significantly, the temple is still in its Harappan original form and seated atop a hillock, a five-kilometer trek-stairway the only way to arrive at the destination. While the pilgrims were making their way to the ongoing discourse, there was some flutter about an old woman who fainted still halfway up to the temple.

On learning of the same, woman constable Varshben Majivabhai Parmar, rushed down to the spot and saw the frail 86-year-old in an unconscious state. First, water was splashed to revive the aged devotee. On regaining consciousness, the old woman expressed her wish for obeisance at the temple.

What happened next is the stuff moral stories are made of. Perhaps, the old woman’s faith was so strong that Varshaben was sent as a messiah for her. Not wanting to disappoint the senior, Varshaben piggy-backed the old devotee five kilometer up the trek-way.