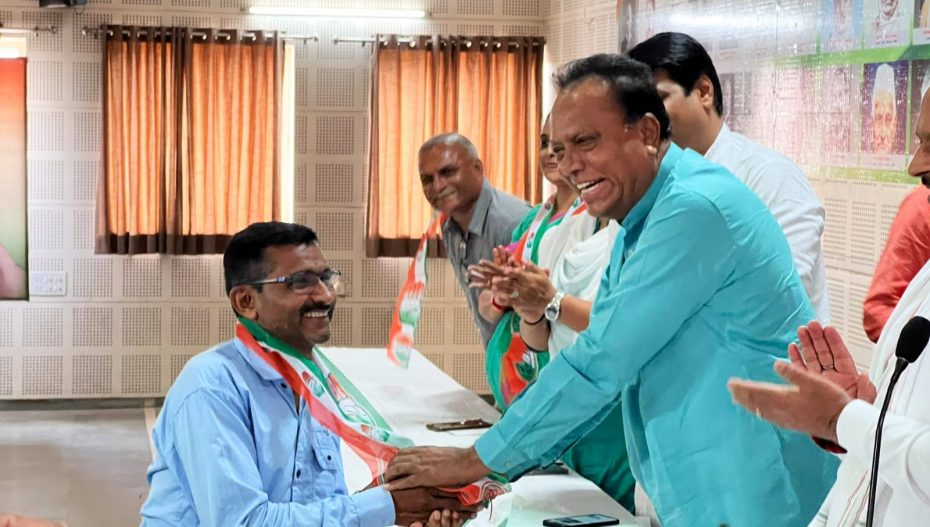 Gujarat Congress President Jagdish Thakor on Sunday welcomed leaders and workers who recently quit Aam Aadmi Party and joined hands with the party. The ceremony was held at GPCC office in Ahmedabad.

Talking to VoI, Praveen Ghori said that ideologically Congress is the right place for political activism, adding, “There are many similarities between AAP and BJP, and so we decided to leave AAP.”

Congress state chief and AICC State in charge stressed that women leaders, workers including office bearers of Aam Aadmi Party and Gujarat Kisan Sangathan, joining Congress signifies the strengthening of the ideological fight that Congress is putting up against BJP and their B-teams.

All who joined the Congress today were wearing a Congress scarf, which represented their will to work with the Congress for the upcoming assembly elections.

BJP government and criminals are tarnishing the dignity of women:...