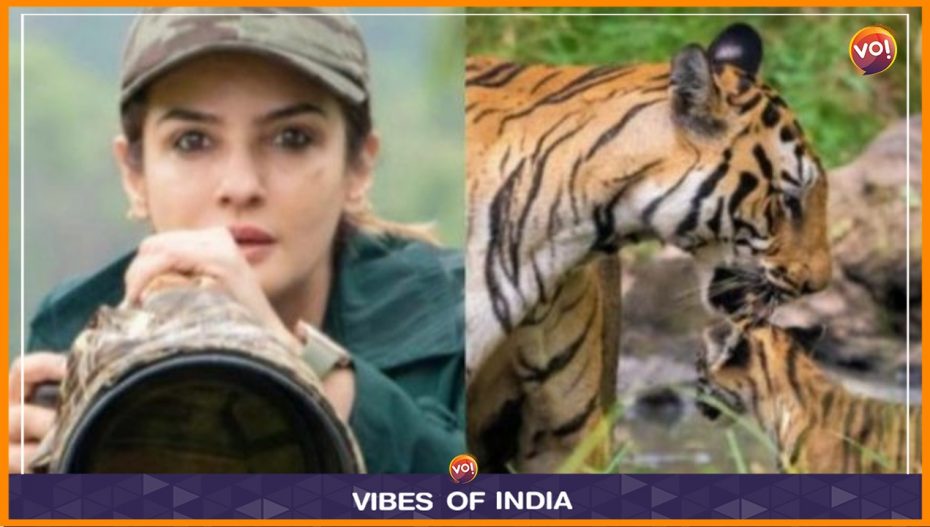 After Satpura Tiger Reserve authorities launched an inquiry over a video which purportedly showed Raveena Tandon in a vehicle driving close to a tigress in the protected area, the actor said she was travelling in a jeep licensed by the forest department which didn’t deviate from the designated “tourism path”.

Tandon, who visited the reserve on November 22, in a tweet said she was accompanied on the safari by trained guides and drivers provided by the department.

According to Tandon, she and fellow passengers sat quietly and watched the tigress move on. “We were on the tourism path, which mostly these tigers cross. And Katy the tigress in this video as well is habituated to coming close to vehicles and snarling,” she said.

The video, which surfaced on social media platforms, showed the safari vehicle reaching close to the tigress. In the clip, camera shutters are heard making sounds and a tigress is seen roaring at them in the reserve located in Madhya Pradesh’s Narmadapuram district.

Sub Divisional Officer (SDO) of Forest Dheeraj Singh Chouhan on Tuesday said following the directives of senior officials, he has started a probe into the alleged incident. The probe report will be submitted to senior officials for further action, he said.

Tandon had shared the pictures of her visit to the Satpura Tiger Reserve on her social media handles. She also posted the photographs of tigers that she clicked during her visit to the reserve.