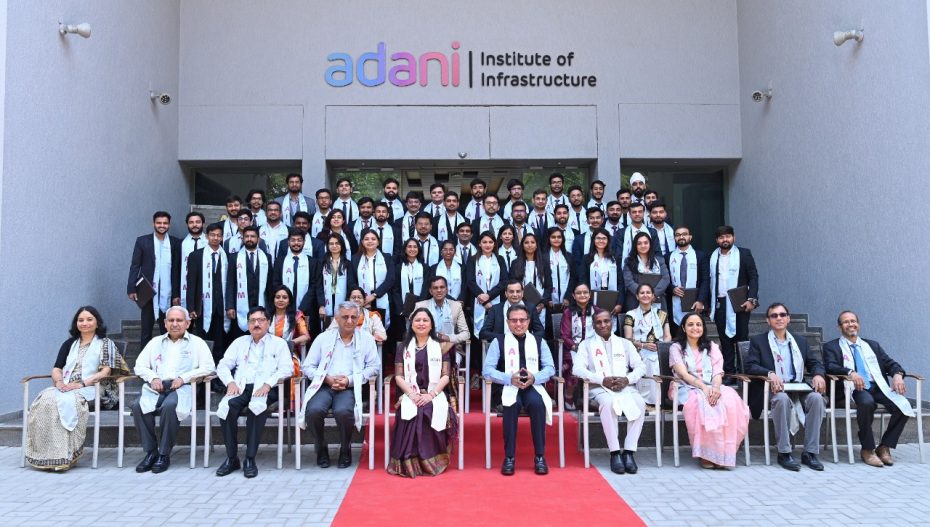 President and Managing Director of Kotak Mahindra Asset Management Group, Nilesh Shah, was the Chief Guest of the evening. Adani Foundation President Dr. Preeti Adani also presided over the graduation ceremony. Dr. M. Muruganant, Director, Adani Institute for Education and Research, senior officials of the Adani Group, and dignitaries from the world of education graced the event. This year 62 students have graduated. The students received an Ilqab as a reward for their efforts and achievements.

Addressing the graduation ceremony, Nilesh Shah, Group President, Kotak Mahindra Asset Management, said India plays a crucial role in the global economy. The growth of the digital infrastructure from the core infrastructure to the core of development is tremendous. Shah added. “The values ​​that the graduate students have assimilated, and the many fields of knowledge that these students have discovered will equip them to contribute to the nation’s progress.”

The President of the Adani Foundation, Dr. Preeti Adani, congratulated the students. She said, “Our goal needs to be three-pronged to include the benefits of productivity growth and harmonize infrastructural development.”

Adani Institute of Infrastructure Management presented certificates of appreciation to industry experts to honor their invaluable contribution and teaching their skills to the students.

Adani Group Among Others In The Talks With Holcim As Potential Bu...