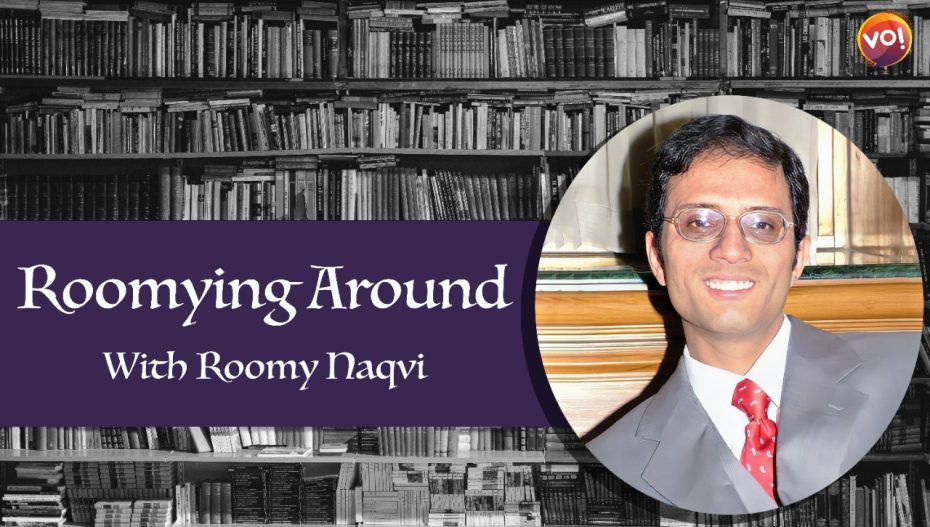 My first introduction to the poems of Agha Shahid Ali was in 1995, reading works by different Indian poets in English as I worked for my M.Phil. dissertation on the poetry of AK Ramanujan. I was immediately enamoured of him. There was no way one could not be so. In fact, I found out that his father lived in Zakir Bagh, opposite Surya Hotel, New Friends Colony, New Delhi. And I did go to their house too. Those days, Ali was alive and I had thought – as a young man with stars in his eyes as the youth are always—I would meet the great poet or at least, write an airmail to him in the US. But alas, the house was locked. This must be 1995-1996. Also, I had seen books of poetry written by Agha Shahid Ali and Ranjit Hoskote, autographed by the poets themselves, with Abir Bashir Bazaz, a student I taught in BA in my first batch in 1995. He had already published a book of poems from Writers Workshop when he took his BA interviews. In the twenty-six years I have taught, I must have interacted with over 7000 students of different hues, Abir must count as the top three that I have known. After completing his research at Minnesota, he now teaches at Ashoka University.

I could not meet Agha Shahid Ali but my fascination for him continued. One of his earliest books which I had read was The Half Inch Himalayas, a fascinating slim volume of poems. The poem that I fell in love with immediately was called “Stationery”. It was a love poem and a very well-crafted one too. The imagery of the poem is just enchanting. Ever since Robert Frost, I had not known of anyone evoking beauty through poetry. Though, of course, AK Ramanujan’s Collected Poems had a few sharply evocative poems too.

“The moon did not become the sun, / it just fell on the desert / In great sheets”, Ali writes in “Stationery”. It’s a short poem. He continues it with “The night if your cottage industry now / the day is your brisk emporium”.

“The world is full of paper.

Another enchanting poem that he wrote is “A Rehearsal of Loss, again a short love poem. I had been drunk with an overdose of love poetry in my life, starting with Pablo Neruda and his “Tonight, I can Write the Saddest Lines” and, I have, virtually, grown up with Neruda as a young man. But it was AK Ramanujan and Agha Shahid Ali who taught me about the diversity in the poetry of love. Ramanujan was a stalwart in his own way, writing poems and translating them too. It was his translation of “Of Red Earth and Pouring Rain” (about which and the Vikram Chandra novel, I did talk about in an earlier column), which was an example of a different love poem. Coming back to Agha Shahid Ali, I tell my students, that “A Rehearsal of Loss” is one of the best examples of a poem in which Ali fuses the Indian as well as the American English idioms and imagery.

A Rehearsal of Loss

The night rose from the rocks of the canyon.

I drove away from your door. And the night,

it left the earth the way a broken man,

his lover’s door closing behind him, leaves

that street in silence for the rest of his life.

It was much later that I learnt about Agha Shahid Ali’s friendship with the American poet, James Merrill, which apparently had this mellifluous effect on his works. One doesn’t know what the truth is but, Shahid, as he called himself in his ghazals, is no more. He died a young death many years ago.

On his death, Amitav Ghosh wrote a poignant tribute to his memory. This wonderful essay is “’The Ghat of the Only World’: Agha Shahid Ali in Brooklyn” and you can read it in entirety at Amitav Ghosh’s website: https://amitavghosh.com/aghashahidali.html

As Ghosh narrates, he met Shahid before his impending death and Ghosh uttered words to give him strength. I’ll let you read the paragraph from Ghosh’s essay:

Shahid ignored my reassurances. He began to laugh and it was then that I realized that he was dead serious. I understood that he was entrusting me with a quite specific charge: he wanted me to remember him not through the spoken recitatives of memory and friendship, but through the written word.  Shahid was unerring in his intuitions about people and he probably knew that my instincts would have led me to search for reasons to avoid writing about his death: I would have told myself that I was not a poet; that our friendship was of recent date; that there were many others who knew him much better and would be writing from greater understanding and knowledge. Shahid had decided to shut off these routes while there was still time.

“You must write about me.”

So, Agha Shahid Ali clearly told Amitav Ghosh, he indicated as such, that he wanted to be remembered through his written word. I will let you read what Amitav Ghosh has to say here:

I knew Shahid’s work long before I met him. His 1997 Collection, The Country Without a Post Office, had made a powerful impression on me. His voice was like none I had ever heard before, at once lyrical and fiercely disciplined, engaged and yet deeply inward. Not for him, the mock-casual almost-prose of so much contemporary poetry: his was a voice that was not ashamed to speak in a bardic register. I could think of no one else who would even conceive of publishing a line like: ‘Mad heart, be brave.’

Later in the essay, Ghosh talks about Shahid’s take about the pain in the world, stating why people cannot enjoy just the good things in life, why they should make the world ugly, why political leaders do so.

A couple of critics told me that Shahid should have got the Nobel Prize because he was probably the only poet in English who wrote a couple of canzones, the classical poetic form in which Dante wrote. William Shakespeare, the great bard, did not write a single one. He also wrote villanelles and ghazals. In fact, he pioneered the Ghazal form in English and I don’t know of anyone who wrote better ghazals in English than him. My apologies for such a sweep. I have written ghazals but who can match the magic of his words.

You can read this essay on Agha Shahid Ali’s oeuvre and read some of his poems at the Poetry Foundation website: https://www.poetryfoundation.org/poets/agha-shahid-ali

I have taught one of his poems, “From Amherst to Kashmir” a couple of times to MA students in the past. It is a complex poem but one that reverberates with resonances of different kinds that shaped his personality.

I will end my column with a specific incident that Amitav Ghosh quotes in his essay. And before I do so, I would like to thank Amitav Ghosh publicly for making available his tribute to Agha Shahid Ali free for the world to access and for letting it be so, over all these years.

On one famous occasion, at Barcelona airport, he was stopped by a security guard just as he was about to board a plane. The guard, a woman, asked: “What do you do?”

“What were you doing in Spain?”

No matter what the question, Shahid worked poetry into his answer. Finally, the exasperated woman asked: “Are you carrying anything that could be dangerous to the other passengers?”At this Shahid clapped a hand to his chest and cried: “Only my heart.”

This was one of his great Wildean moments, and it was to occasion the poem ‘Barcelona Airport’. He treasured these moments.