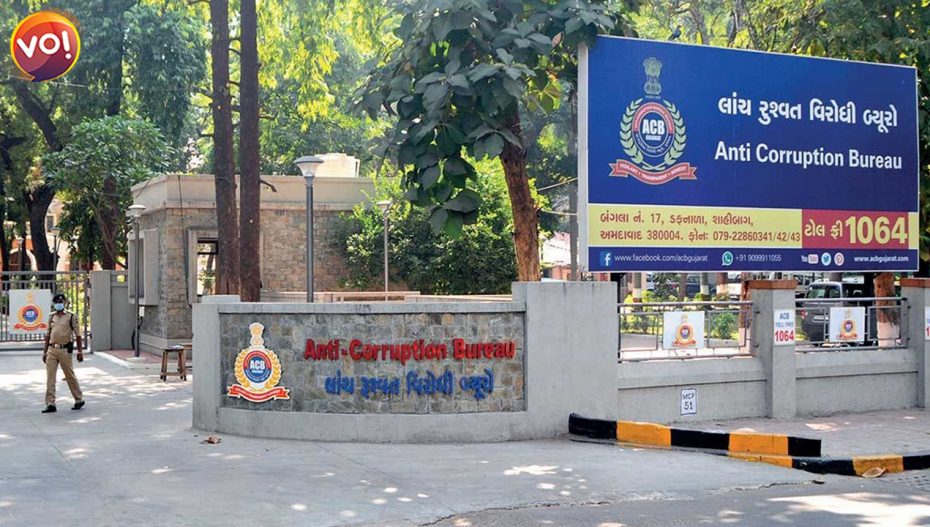 An Indian Revenue Service Officer (IRS) posted as Additional Commissioner of Income Tax in Ahmedabad has reportedly fled his office to evade arrest. Santosh Karnani, an IRS officer of the 2005 batch, was booked by Gujarat ‘s Anti-Corruption Bureau (ACB) on October 4 for allegedly accepting a bribe of Rs 30 lakh from a builder. The case is now being investigated by the Central Bureau of Investigation (CBI).

The ACB acted on a complaint from Rupesh Brahmbhatt, who runs the B safal group. Bhahmbhatt taped a conversation with Karnani where the IRS officer demanded Rs 30 lakh for “toning down a case against him.” He directed the builder to deposit the money in an account operated from an office named Dhara Angadia on sindhu Bhavan road. This was after Karnani had filled an appraisal report on the builder on the basis of IT searches at his house and in B Safal’s offices.

The CBI investigation has unearthed another key figure in the case. The Rs 30 lakh was deposited in the account of businessman Malav Mehta, who subsequently applied for anticipatory bail, which was rejected by the CBI Court on 21 October. Mehta has since approached the High Court for anticipatory bail on the grounds that his name was not on the original FIR lodged by the ACB.