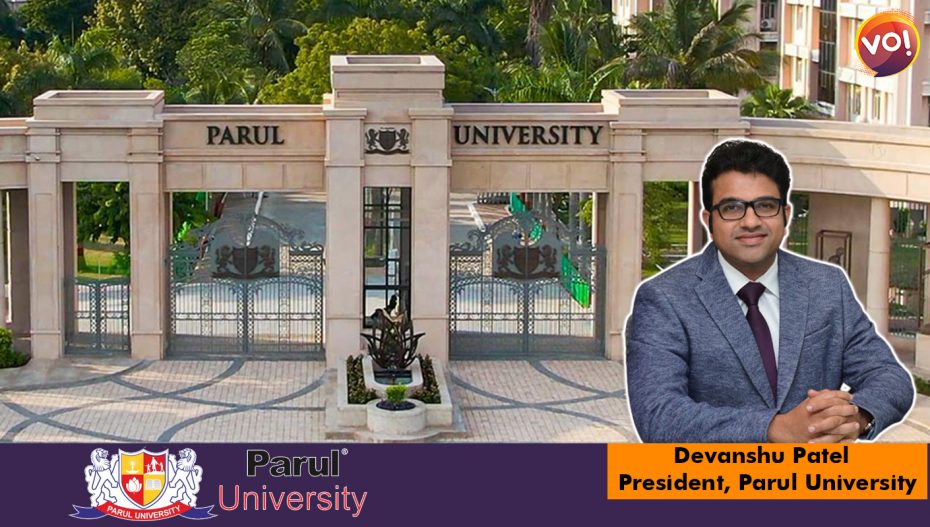 The controversial Parul University of Gujarat which is notorious for buying “best University ” rankings and ratings is a serious problem now.  The income tax has put Parul University under radar for misusing documents of at least 200 college students.

To save tax, the University, which naturally would collect all documents of its students during admissions made at least 178 students “Directors” and “Trustees”. They filed these fake declarations with the income tax.

A top income tax official told Vibes of India, “We are investigating the case. This is in a very serious case and no educational institution of Gujarat has ever indulged in such major malpractice. Parul University has used their students’ documents for tax evasion”, he confirmed.

Vibes of India has copies of notices sent by Income tax to at least 178 students referring them as Director or Trustee associated with Parul University. The Surat division of Income Tax in Gujarat is shocked at the sheer scale of malpractice indulged by this University.

The Surat division has located and taken statements of these students who received income tax notices for payment. The students, most of them who have recently passed out of the college, were shell shocked to receive income tax notices and later realised that their college had misused the documents they had submitted at the time of admission.

The Income Tax has registered a complaint against the President and Trustees of Parul University and Parul Arogya Seva Mandal under the Prohibition of Benami Property Transaction Act.

Spread across a 150-acres campus, Parul University is an amalgamation of 20 faculties and 36 institutes. It includes diploma, undergraduate and postgraduate programs in numerous disciplines. The 150-acre campus has over 30,000 national and international students from 64 countries.

The various forms of punishment under the Benami Act are:

Where a person who is required to provide information under this Act provides false information, he shall be punishable with:

According to a top income tax official from Vadodara, the income tax department in Surat, Vadodara and Ahmedabad put Parul University under radar for more than three years. The first reference that Parul University under the aegis of Parul Arogya Seva Mandal Trust  was indulging in gross malpractices came from the office of Deputy Director of Income Tax (DDIT, Investigations), Vadodara on November 1,2017.

In 2017, during a survey, the Arogya Trust was found to have opened up fake bank accounts with DCB Bank, Waghodia Branch, Vadodara in the name of 178 persons, who were not on the payrolls of the Trust and used such bank accounts to siphon off funds by paying salaries in these  accounts and then immediately withdrawing the money. These persons were actually students of the university.

During the investigation, many bank accounts, ATM cards, and cheque books were found in the locker at Room No. 118, Shanti Sadan Hostel, Vadodara.

The cheque books of these 178 students were found on the same premises. The students were not even aware that this illegal activity was being conducted by their college owners and authorities.

Smelling a rat, the I-T officials conducted a verification survey, which alarmed them when it was found that these 178 people just did not exist on the payrolls of the Trust. So the salaries were paid into the fake accounts opened in the name of students.

Management “Ignorant” about these 178 people

Atul Pandya, an officer in Parul Arogya Seva Mandal Trust since August 4, 2003, was officially grilled by the Income Tax officials in this matter. The confirmed statement of Pandya states that he is “ignorant about these employees being paid salary. He was not aware of their recruitment procedure. Their attendance was not monitored by him since he was unaware of these salary payments.” Though he looked after salary payments of all employees, he denied payment to these employees.

Parul Patel, Managing Trustee of Parul University, confessed in her recorded statement to the Income Tax Department that bogus expenses were booked as salaries paid to ghost employees on the university’s register.

For verification of the above reference, the bank statements of these 178 bank accounts were called for from the DCB bank through a letter on March 19, 2020. The statements provided by the bank for financial years 2015-16 and 2016-17 showed one name out of the 178 mentioned twice and 38 accounts had no transactions closed prior to the said period under consideration.

The DCB bank submitted the statements for the period Financial year 2015-16 and 2016-17. It was found that out of these 178 accounts one name was mentioned twice and 38 accounts had no transactions closed prior to the said period under consideration.

The Office of the Assistant Commissioner of Income Tax, Surat issued a notice to 178 such students.

The notice under section 21(1) of the Prohibition of Benami Property Transactions Act, 1988 included:

On the basis of the bank statements , the following annexure A has been compiled wherein students’s bank account and transaction for the period is mentioned. 178 students of Parul University received such Income Tax notices:

The shocked innocent students, who received such I-T notices, were summoned at the Income Tax Department in Surat or pay Rs 25,000 as a penalty per day for not remaining present. The university had misused the documents of students that were submitted at the time of seeking admission to the university.

The Parul University collects original documents from the students once admitted to any colleges affiliated to it, though the admission committee has not permitted this.

On receiving these references, the office of Prohibition of Benami Property Transaction (PBPT) Act, 1988 sought prior approval of the Approving Authority and Additional Commissioner of Income Tax, Surat. (Approval granted on December 21,  2018).

After the approval, the PBPT officials issued summons to the president and trustee of Parul Arogya Sewa Mandal Trust and Parul University. They were asked to be present at the office on August 19, 2019, but until October 27, 2021, the trustees did not appear at the office. Further investigations are on.

Founder of Parul University and former Gujarat BJP leader, Jayesh Patel was booked for raping a 22-year old nursing student of the university in June, 2016. The complainant also accused the rector of the women’s hostel, Bhavna Patel,  of the nursing institute of abetting the crime. In her FIR registered at Vadodara rural police station, the girl stated that her rector Bhavna took her to Jayesh Patel’s house.  Jayesh threatened to rusticate and fail her if she revealed the crime.

A case was lodged at Waghodia police station against them under sections 376 (rape), 323 (voluntarily causing hurt), 114 (abetting the crime), and 506 (criminal intimidation) of the IPC, police said.

Prior to joining BJP in 2014, Jayesh Patel had contested the state Assembly election twice as Congress candidate against sitting BJP MLA Madhu Srivastav and lost on both the occasions.

The Parul University said that the allegations against Jayesh Patel are individual in nature. Jayesh’s son Devanshu said that his father was removed from the university.

Jayesh Patel had to be treated at the hospital from time to time due to kidney ailments and other complications. He died in August, 2020 in a hospital in Ahmedabad.
Putting Students’ Life At Risk

In January 2022 when entire Gujarat was in the grip of a scary Covid19 and over 32,000 active cases were registered in the State, the heartless management at Parul University wanted their students to be on the campus. More than 65 Parul University students had caught the coronavirus but the Management stubbornly refused to go online. Attendance is compulsory and the students, mostly outsiders, wanted to leave Vadodara and study online from their hometowns.

Angry students, miffed at the insensitive Parul University management, got together and protested against the decision. Parul University management instructed their security guards to “give a good dose” to the students. The security guards got into a physical fistfight with the students who have been demanding that they should not be forced to come to college and the management should opt for online learning as most institutions do.

The University has been in the headlines for all the wrong reasons, time and again.