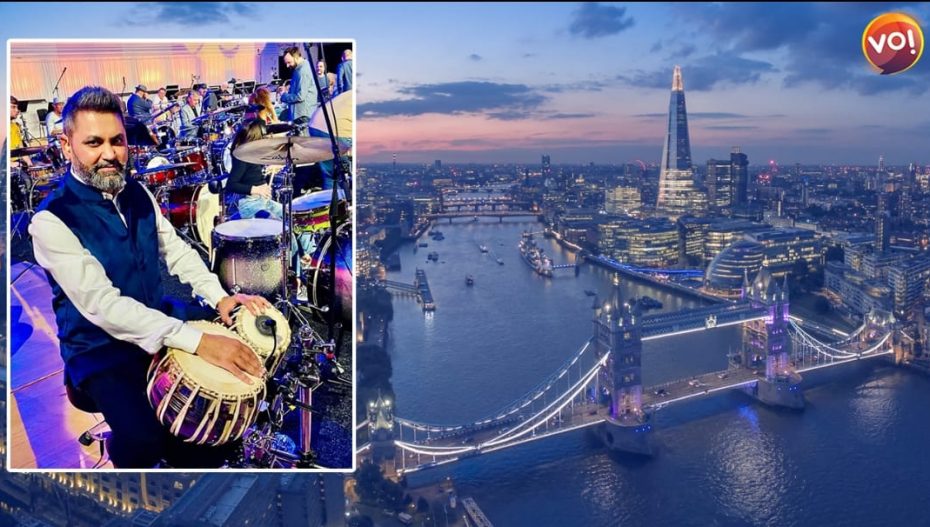 Whether its Kavita Krishnamurthy, Anup Jalota, Suresh Wadkar or Hariharan, when Indian singers need a tabla player for a concert in London, they call Alok Verma. The Ahmedabad-born maestro has even performed with Ian Anderson of the legendry rock band Jethro Tull and classical flautist Rakesh Chaurasia. Today, he’s pushing the boundaries of percussion, using the tabla in ways it has never been used in contemporary music. Through his successful journey as a musician in the UK, the 44-year-old Alok has never forgotten his roots. “Ahmedabad gave me experience in the recording industry as well as in performing with local singers. When I was growing up, it was one of the few cities where everyone used to come for recording music,” he says.

Alok’s parents worked with State Bank of India (SBI) and both were amateur musicians of some renown in Ahmedabad. His father, the late Harish Chhunchha played the tabla and mother Meenaxi is a classical singer. “My first time on stage was with my mother, when she performed at a function organised by SBI. I was 11 years old then. Two years later I performed on All India Radio. By then, I decided I wanted to make music my profession,” he says.

It was with this in mind that Alok decided to change his surname. “Chhunchha was a difficult name for a performing artist,” he says. “People invariably got the spelling or pronunciation wrong. My parents understood the problem, so they were supportive and we changed my surname to Verma when I was still in school. It’s a fairly common surname in our community.”

A student of Ankur High School and LJ College of Commerce, Alok left Ahmedabad to do a Masters in Organisational Behaviour at London School of Commerce in 2002. “I did finish my Masters but my real reason for coming to the UK was to pursue a career in music. As luck would have it, soon after reaching London, I spotted an ad in The Times that said ‘Table Player Wanted’. It was for a band named Fusing Naked Beats. That’s how I started my career,” he says.

What does Alok’s mother Meenaxi Chhunchha think of her son’s decision to pursue music as a profession, something she herself could never do? “I’m very proud of him. He followed his passion and he’s done so well professionally,” she says.

Alok has played with several other bands after that but his longest association was with Boris Grebenshchikov, considered the founding father of Russian rock music. A household name in Russia, Boris later veered towards Asian fusion music, where the table played an essential part. Alok joined Boris in 2008 and travelled with the band for four years, performing all over Russia and Europe. “These concerts drew huge crowds,” says Alok. “I remember performing at the Creation of Peace festival in Kazan for over two lakh people.”

With the pandemic putting paid to concerts, Alok has been using the time to do some interesting experiments with the tabla on a piece of musical equipment known as the RC505 Looper. “People have seen guitarists and singers use the Looper, but not many percussionists have done this. It’s given me a huge audience all over the world. My videos have gone viral on social media,” he says.