Amongst The Generation Oblivious To The Melody Queen 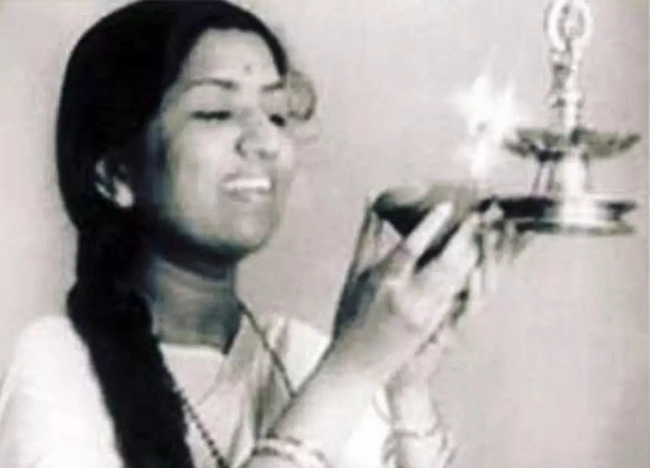 Melody Queen of India, Lata Mangeshkar was a woman with the most appropriate title. She has such a beautiful voice that it is unforgettable if you hear it once.

She was born during British Rule in 1929. She was given the honour of “Voice of the Millenium”, and anyone who has listened to even one of her songs would vouch for it. The legendary singer breathed her last breath on Sunday in Mumbai at 92. She was accorded with a ‘state funeral’ and that the country observed for two days of ‘state mourning’ as a mark of respect on 6 and 7 February. Maharashtra even declared it a public holiday.

Unbelievable as it is, she sang her first song in public at the age of 9. She was as old as I am right now. She started singing professionally at 13 and helped her family as her father passed away unexpectedly.

Like many others in the country, I was very sad when I found out about her passing. My generation is mostly unaware of Lataji’s legacy.
If you have heard one song by her, you most certainly will fall in love.

An entire generation is sleeping on her music. While we are moving towards more variants of music, we forget our roots. I do not know a single person my age who knows her, and it saddens me so much.

While they listen to “Ae Mere Watan Ke Logo”, which is still a very famous song and is played on Republic and Independence Days at various places, including my school, they do not know the name of the icon who sang it.

A song by her that I clearly remember is ‘Lag Jaa Gale’; it is such a beautiful song that has a calming effect, and I still cannot fathom her talent.

She sang around 35,000 songs in her lifetime in different languages and was awarded 12 awards, including the highest civilian honour – Bharat Ratna.

Lataji never married and devoted her entire life to music, and over the years, her voice and andaaz have never changed.

SHE WILL ALWAYS BE IN OUR HEARTS.