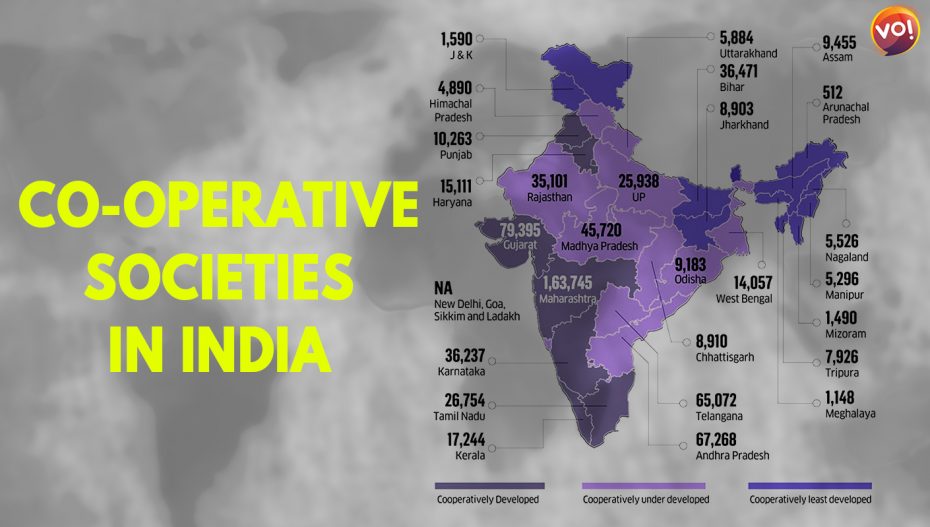 The Supreme Court on Tuesday upheld a 2013 judgment of the Gujarat High Court striking down the 97th Constitutional amendment relating to the cooperatives sector that allowed the Parliament sweeping control over the states in a sector that ideally falls under the state jurisdiction.

In a strong reprimand to the then Central government (the UPA), the high court order by a division bench of Chief Justice Bhaskar Bhattacharya and Justice JB Pardiwala had asserted: “A constitutional authority cannot do indirectly what it is not permitted to do directly.”

Though the apex court has upheld an eight-year-old judgment against the then UPA Government now, the timing is crucial. This decision might become a key reference point for future legal challenges to the Narendra Modi government’s fortnight-old Cooperation Ministry which is being overseen by Home Minister Amit Shah and seeks fundamental changes in the politically strategic cooperatives sector.

Means to no end?

Already, Opposition parties, especially the NCP led by Sharad Pawar, a veteran in the cooperatives sector in Maharashtra, have been vocally objecting to the 2020 amendments to the Banking Regulation Act – a logical derivation of which is the formation of the Union Cooperation Ministry.

It is significant to note that Maharashtra has the highest (1,63,745) cooperatives, in the country, followed by Gujarat with 79,395 cooperatives. The country has in all 7.09 lakh cooperative societies. And the first challenge to the UPA-led Centre’s attempt to tinker with it came from none other than the then opposition-ruled state of Narendra Modi.

Coming back to the court case, Gujarat High Court had then held that the hoard of amendments sought essentially enabled the Parliament the liberty to encroach into the domain of state legislatures.

In technical terms, the Supreme Court has now upheld this order of the high court which struck down the provisions of the Constitution (97th Amendment) Act 2011 to the extent it introduced Part IX B in the Constitution to deal with cooperative societies.

The high court had observed that the amendment was liable to be struck down since it was passed without the ratification of one-half of the state legislatures as mandated by Article 368(2) of the Constitution.

Article 368(2) mandates that ratification of one-half of state legislatures is required for an amendment that makes any changes to an entry in the state list. Since cooperative societies were a state subject as per Entry 32 in List II of the Seventh Schedule, the amendment introducing Part IX B required ratification as per Article 368(2), the High Court ruled.

Referring to key provisions, the court pointed out that Part IXB introduced several conditions restricting the scope of state legislatures on aspects related to cooperative societies. The amendment wanted that state law to be subject to the stipulations in Part IXB.

In common parlance, the amendment sought to impose certain restrictions upon the state legislatures including some like limiting the maximum number of directors of cooperative society to 21; fixing the duration of the term of office of the elected members of the board and its office bearers for five years. Conditions related to conducting elections, time-period of audits, and filing of financial accounts were also introduced. In effect, the amendment laid down strict mandates for the state legislatures.

In the present context, Opposition parties see the new cooperation ministry under the Modi government as an attempt to hijack the cooperatives sector, especially the cash-rich cooperative banks.

They base their argument on the Parliament amending the Banking Regulation Act in September 2020, which brings cooperative banks under the direct supervision of the Reserve Bank of India. This, in effect, means that the RBI can supersede the board of directors of cooperative banks – albeit, on record, in consultation with the state government.

The Opposition’s views are best articulated in two statements by Pawar, who even met PM Modi recently over this, and CPM leader Thomas Isaac, a former finance minister of Kerala.

Pawar stated, after the announcement of the new ministry, “According to the Constitution, the cooperative institutions registered in a state come under the jurisdiction of that state. The central government’s intention is yet to be clear, but they may have something on their minds. It will be known after the new legislations are introduced for the sector, just like the three contentious farm laws over which farmers are now protesting for the past eight months.”

Isaac chimed in: “What synergy is expected from placing the new ministry of cooperation under the Home Minister? Is the hidden agenda to repeat what Amit Shah did in the Gujarat cooperative sector across the country? Difficult, for it is the domain of the state. He must be expecting a helping hand from the RBI for the operation.”

For the record, an official statement from the central government on July 6 stated that the Cooperation Ministry will provide a separate administrative, legal, and policy framework for the sector, and would enable the evolution of multi-state cooperatives.

The development is significant given that Maharashtra and the southern states have a vibrant cooperatives sector and several opposition parties draw their strength from it, while the BJP does not have the same foothold there. It is significant to note that as many as 16 Cabinet ministers in the present Shiv Sena-NCP-Congress government in Maharashtra have made it big from the cooperatives sector. And Pawar is the tallest among them.

Gujarat is an example, rather a model, where it took the BJP two decades of painstaking efforts to wrest control of a majority of nearly 80,000 cooperatives in a variety of sectors to decimate the Congress in the rural regions of the state.

They are now aiming at the biggest of them all, the Kaira District Milk Producers Cooperative Union, or the makers of the world-famous Amul brand. There is already a Gujarat High Court case pending against the state government’s attempt last year to nominate three members on the Amul’s managing committee – or as vice-chairman Rajendrasinh Parmar (Congress MLA from Borsad) puts it “an artificial majority” for the ruling BJP.

As of now, it is an unusual joint panel of BJP and Congress ruling the Amul board. And the chairman, Ramsinh Parmar, interestingly is a former Congress MLA who had defected to the BJP to remain in power.