Another Wicket Down For Congress? Shweta Brambhatt Meets PM Modi 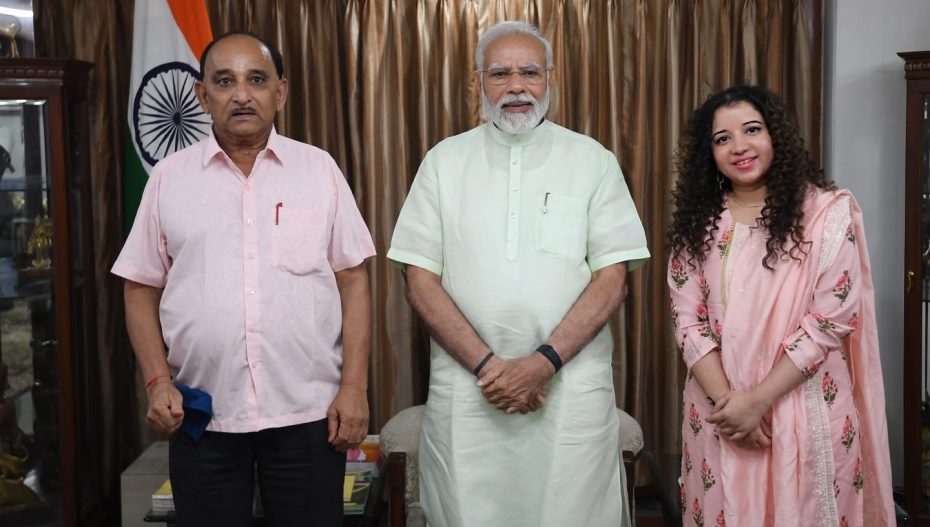 Congress leader Shweta Brambhatt met PM Modi on Tuesday. Needless to say, the grapevine is abuzz since she contested the Gujarat Assembly polls in 2017 on a Congress ticket. She was pitted against BJP’s Suresh Patel and even though she lost the elections, she grabbed headlines for being among the most competent names fielded by the Congress.

Shweta Brahmbhatt is the daughter of Congressman Narendra Brahmbhatt who contested the AMC election in 2000. Brahmbhatt’s father has been her inspiration to enter public life. Younger of two siblings, Brahmbhatt always wanted to enter the corporate world. After a BBA degree, she pursued a post-graduate program from University of Westminster, London. She worked as an investment banker with HSBC and Darashaw.

At a later phase, she went in for a political leadership course at IIM, Bangalore. Brahmbhatt was one among 26 women and the only person from Gujarat in the course, which aims to create women leadership in the Parliament and legislative assemblies. During and after the course she met Congress leaders.

She has also been the recipient of a UN scholarship.