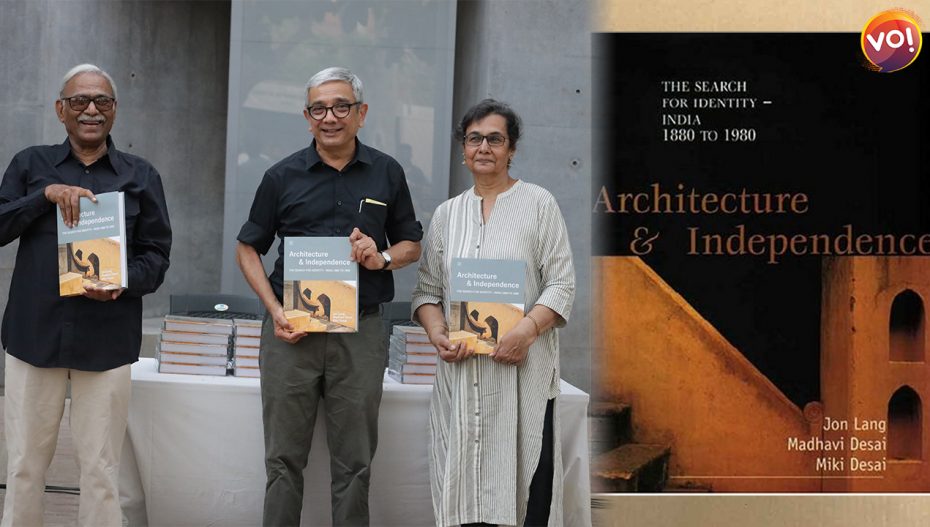 Architecture and History are two sides of the same coin. Buildings and concrete representations of time always have the impress of their contextual period. Likewise, the architecture of a place is the lead to its history, ruling forces, culture and prevalent skill.

In a bid to understand the correlation better, Friday saw CEPT Press launch a revised edition of “Architecture and Independence: The Search for Identity–India 1880 to 1980.” The title, first released 25 years ago (1997) is jointly authored by Jon Lang, Madhavi Desai and Miki Desai.

The architecture reflects the spirit of its times: in India’s case, the, fight for Independence. Examining the forces that have shaped Indian architecture over the last century, this profusely illustrated book traces the patterns and its response to political change, both in India and in the world since the founding of the Indian National Congress in the 1880s. It investigates the impact of changing political ideologies on the built environment.

At the re-launch of the book, varsity president, Bimal Patel, underlined the contributions made by CEPT in understanding architectural research in the country. “This book has a detailed chronicle of colonial and modern architecture and is a bankable study guide,” he added.

Co-author Miki Desai chose to elaborate the third chapter in his speech. “This book is not written as a linear progression. It has a journalistic approach. The third chapter is what I choose to speak out of the nine. In this section, the readers are connected to the imperial era of gymkhanas, princely states, clubs and educational institutes,” as he put it.

Similarly, Ms. Desai shared: “This book is written in simple language. This book helps understand not just architecture but the eras they belong to.”

The clear favorite for the distinguished panel was “colonial architecture.”

Emeritus professor Jon Lang has chaired the School of Architecture at The University of South Wales. He was a faculty in the “Masters in Urban Development and Design Program, (MUDD).”

Madhavi Desai works as an independent researcher, teacher, and writer. She was an adjunct professor at CEPT University in Ahmedabad’s Faculty of Architecture. She has written, co-written, and edited works on Indian architecture, with a particular emphasis on gender and the built environment.

Miki Desai retired as a professor from CEPT University’s “Faculty of Architecture,” Ahmedabad, after a 33-year long association (1981 to 2014). Based on his thorough research, drawing and photo-documentation, he has produced and co-authored books and also curated national and international exhibitions.