Author Sharif Rangnekar Provides Insights On Being Gay In India 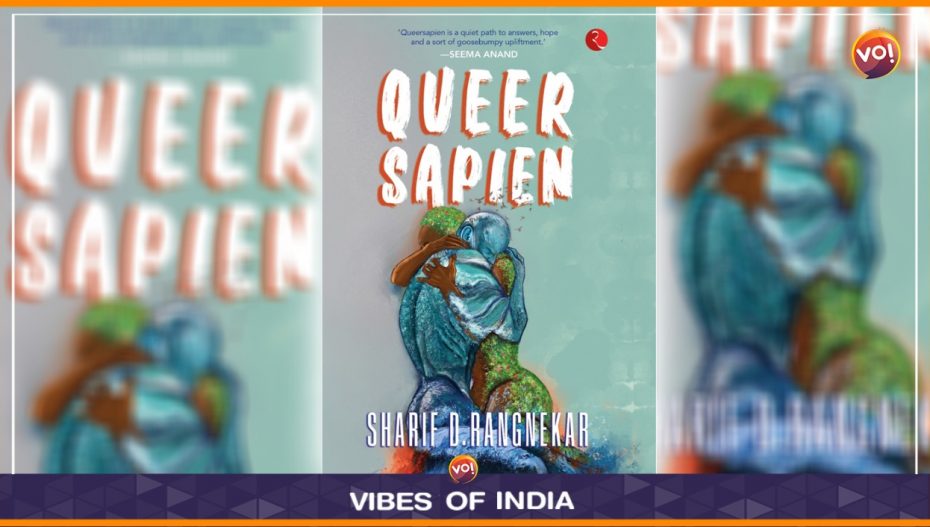 In this age of heightened diversity, a lot people are curious as to what makes those-not-like-us tick. Earlier, the differences were around nationality, religion, language. Today, there’s a new kind of diversity that Indians are learning to deal with, and that is sexuality. As more and more LGBTQ (Lesbian, Gay, Bisexual, Transgender, Queer) people come out of the closet, those around them are increasingly being called upon to figure out what it’s all about. They include parents, siblings and other members of the family. They also include friends, colleagues, even neighbours. They may have questions but it’s not always easy to just ask.

I’ve had people ask me to recommend a book that might help them understand what being gay is all about. Personally, I prefer to recommend works of literary fiction that best depict the angst of coming out as gay and these are usually by foreign authors. But now there are a spate of books by Indian LGBT authors which can provide a possible alternative. The latest of these is Sharif D Rangnekar’s Queer Sapiens, which Shashi Tharoor, Member of Parliament, describes on the book jacket as “a detailed, personal and arresting book…part sociological study and part personal essay.”

Sharif was the CEO of the Delhi-based public relations firm Integral PR till 2015 and he has earlier written Straight to Normal: My Life as a Gay Man, which dealt with his growing up years in Kolkata and Delhi (his father, the late DK Rangnekar was editor of The Economic Times and later, Business Standard) and his experience of coming out to family and friends. Queer Sapiens is mostly about his experiences in Thailand, a country he loves and contemplated moving to.

Sharif first lands in Bangkok in 2004, “to hopefully find love.” In an era before easy internet bookings, his travel agent books him a hotel popular with Indians, a group Sharif is actually keen to get away from while on holiday. After shifting to a different hotel, Sharif begins exploring Bangkok’s Silom area, known for its gay bars, restaurants, discos and massage parlours. At the popular Telephone Bar & Restaurant, he makes friends with Australian expatriate Wayne Waterson, co-owner of the bar. Like Sharif, he is a “rice queen,” a term used for gays who are attracted to Thai (and other South East Asian) men. Wayne is “a veteran on love, how relationships evolve and what it is to be with an Asian,” and is obviously a major influence on Sharif.

From Bangkok, Sharif travels to Pattaya, where he forges a relationship with a young go-go boy named Pop that lasts the duration of his trip. In Thailand’s “sin city”, Sharif finally feels liberated, freed of inhibitions and ready to imbibe “a new world view.”  The Thais have a way of eliminating the sleaze from commercial sex, by making things open. There is no sense of furtive guilt in ‘the land of smiles.’ Thailand decriminalised homosexuality as early as 1956, giving its LGBT culture a long history of legitimacy, which attracts thousands of gay tourists to its shores from all over the world. Many of them find love and stay on for the long term. Sharif’s description of this sub-culture is sincere and devoid of cynicism. Not many have written about it in such a guileless way.

On his next trip to Bangkok, Sharif meets and falls in love with a young masseur named Non, who he later invites to stay at his house in South Delhi for a month, at a time when his mother is away visiting relatives. Non returns to Bangkok and the relationship continues for over a year but eventually ends with Non saying they are two very different people and he sees no future in it, leaving Sharif heartbroken.

While Sharif’s Thai experiences form the bulk of the book, Queer Sapiens also weaves in observations on Indian culture, gay and otherwise. The chapter titled Non in Delhi is about Non’s observations on India, from the absence of women in service industries like restaurants and retail to the unsafe streets of the capital city. Sharif’s unabashed admiration of Thai culture provides the book with its upbeat moments but when he compares it (unfavourably) with our own culture, which he does throughout the book, the tone is rather melancholic. At one point he compares gay Indians to NRIs, trying to band together in an alien land.

Sharif, 54, began his career as a reporter with The Economic Times, which is probably why he’s unable to focus on the bright side for too long (journalists always look on the dark side since that makes for news). He writes about his grandfather, who was a freedom fighter and a hero, but then shifts to ruminating on the terror and physical deprivation he must have suffered. He writes about how gay people are now a prominent part of Delhi’s social scene, to be found at every high-end party. But then he says the hosts do it because it’s fashionable and don’t really hold their gay guests in esteem, often passing disparaging remarks behind their back.

For those looking for some schadenfreude, this book provides plenty. For mothers with gay sons, it might be rather disconcerting. According to Sharif, being gay in India is a hard struggle, even for the privileged classes. Being a Queer Sapien, as he says in the preface to the book, calls for strength and a constant effort to retain one’s sense of self.