VOI exclusive : Will this be the new cabinet of PM Narendra Modi? 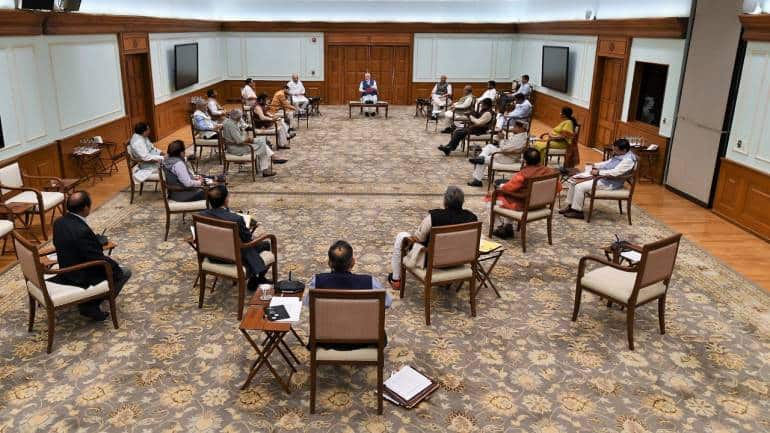 Vibes of India has a list of names that have been nearly finalised for the new Narendra Modi cabinet.According to sources, Narendra Modi has discussed this list with his confidant and Home Minister Amit Shah.

Suspense is building over the new Modi cabinet that will be formally announced at 6 pm. Since the morning, speculations have been aplenty about who will be in and who will be out.

Delhi sources have confirmed to the Vibes of India that the new Cabinet is likely to be youngest cabinet, council of Ministers, India has ever had. This is going to be Narendra Modi’s first Cabinet reshuffle since he was re-elected and reappointed the Prime Minister on may 30, 2019

A source says there could be as many as 43 leaders who could be sworn in as Union ministers in the Cabinet expansion. Ahead of the announcement, Union Ministers Dr Harsh Vardhan, Santosh Gangwar, Ramesh Pokhriyal, Sadanand Gowda and Thawarchand Gehlot have already tendered their resignations. MoS Babul Supriyo, Debasree Chaudhuri, Rattan Lal Kataria, Sanjay Dhotre, Thawarchand Gehlot, Pratap Chandra Sarangi, and Ashwini Chaubey have also resigned from their postsMeanwhile, PM Modi held a meeting at his residence on Wednesday, with Home Minister Amit Shah and BJP President JP Nadda. Several other leaders like, Jyoraditya Scindhia, Nitish Pramanik , JDU’S RCP Singh, and LJP’s Pashupati Paras were in the capital to attend the meeting. BJP leaders Meenakshi Lekhi, Sarbananda Sonowal, Purshottam Rupala and Anurag Thakur were also present.