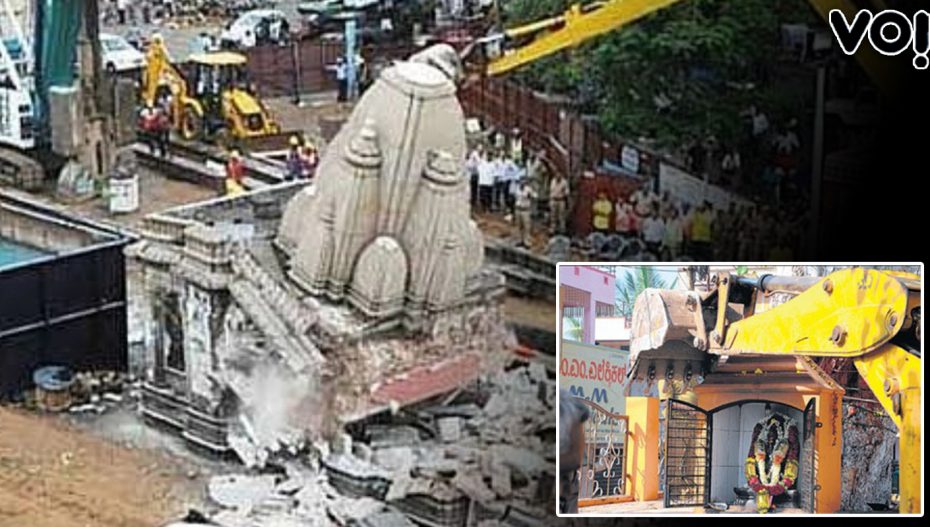 Here’s a look at instances when temples were demolished in the past decade due to encroachment or for government’s development projects.

The ruling BJP in the Centre has accused the Congress-led Rajasthan government of unfairly demolishing a 300-year-old Shiva temple in Rajasthan’s Alwar district. The administration had cited “encroachment” as the reason.

While the BJP has blamed the Ashok Gehlot-led Congress government for the demolition of the temple, Congress minister Pratap Singh Khachariyawas accused the BJP of lying. “The chairman of the Rajgarh Urban Bodies Board is from the BJP. The temple has been demolished at the behest of them whereas our MLA opposed it,” he stated.

Meanwhile, BJP leader Amit Malviya launched a scathing attack on the Congress. “Shedding tears on Karauli and Jahangirpuri and hurting the faith of Hindus. Is this secularism for the Congress?” he questioned.

Notably, the demolition of the temple in Alwar came just days after communal violence in Delhi’s Jahangirpuri, Rajasthan’s Karauli, and Khargone district in Madhya Pradesh. These instances led the ruling machinery in the respective state to “bulldoze” homes and establishments of the “suspected and accused.”

However, in the past too, temples have been demolished because of encroachment or due to government’s development projects:

The Tamil Nadu government demolished a 125-year-old temple on the banks of Muthanankulam, a pond, due to encroachment. The temple stood in way of the Smart City project.

The civic corporation demolished three temples on the bund of Selva Chinthamani lake, clearing the path to carry out the lake rejuvenation and beautification project.

Ravidas temple in a protected forest in Delhi was demolished by the Delhi Development Authority (DDA) following an April 8, 2019 Supreme Court order.

Indore Municipal Corporation (IMC) removed 50 establishments, including temples, houses and shops to pave way for beautification and development of Bijasan Mata Mandir on the hillock.

In Varanasi, locals claimed that several temples that stood in the area have been demolished. They accused the administration of having destroyed and thrown away several idols and Shiva lingas. The demolition was being carried out as part of the Kashi Vishwanath corridor project.

More than 73 temples were demolished in Jaipur due to the development projects such as the Ring Road, Jaipur Metro, road widening and beautification of the city.

In Gujarat’s Gandhinagar, 80 temples were razed or their boundaries demolished after authorities began an anti-encroachment drive.