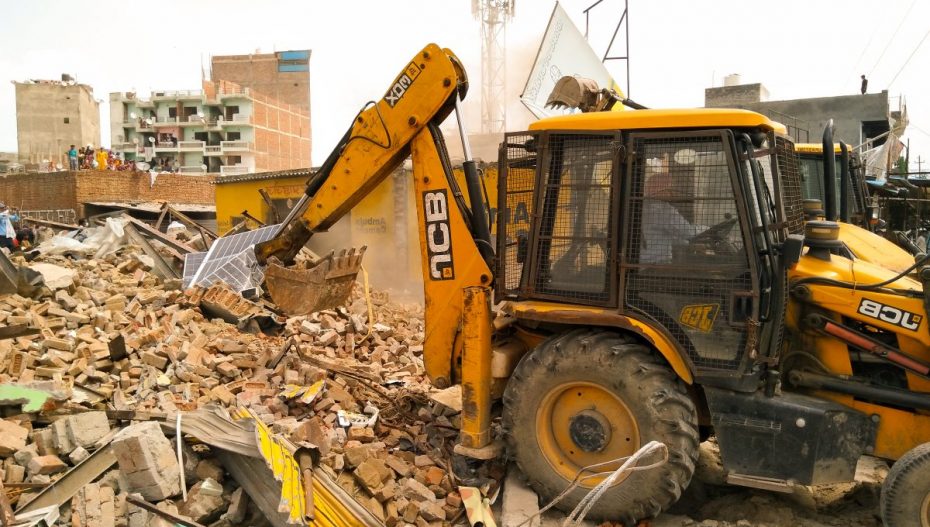 Earlier, The North MCD Commissioner had said that they haven’t received the Supreme Court order’s copy so far and hence the demolition is underway

In the news recently for all the wrong reasons, the Jahangirpuri area of New Delhi witnessed an onslaught from the establishment in the form of a sudden encroachment demolition drive when bulldozers of the North Delhi Municipal Corporation reached the locality.
Communal clashes had broken out in Delhi’s Jahangirpuri area during a Hanuman Jayanti procession on Saturday while passing in front of a mosque.

Niaz Ahmed Farooqui, secretary of Jamiat Ulama-i-Hind pleaded with the home ministry to intervene and stop the demolition drive. He said the administration is targeting only one community.

Bulldozers started rolling into the area and began demolishing houses and shops which they claimed were illegal constructions. This is a new pattern in dealing with the unfavourable elements by the governments recently. After UP CM Yogi Adityanath threatened to bulldoze all the miscreants, he is popularly known as “Bulldozer Baba”. MP and Gujarat, both having BJP governments also took a clue from the UP book and used bulldozers recently. Delhi Municipal corporation is the latest follower of the trend.

Many people have criticised the government for its highhandedness in dealing of such situations. Brinda Karat of the CPIM slammed the government by saying that the law and the constitution have been bulldozed. She urged that at least the Supreme Court & its order be not bulldozed when the demolition did not stop even after the first Supreme Court order.

Special CP Dependra Pathak of Delhi Police has said that the law and order situation now is totally under control. “We have adequate deployment. We are in touch with the citizens of the area to maintain peace,” he said.

SC Hearing Against Shivling Claim At Gyanvapi Mosque On Tuesday

NEET-PG Scheduled On May 21: SC Denies Plea To Postpone