Can Neuroscience Help Humans to Hate Each Other Less? 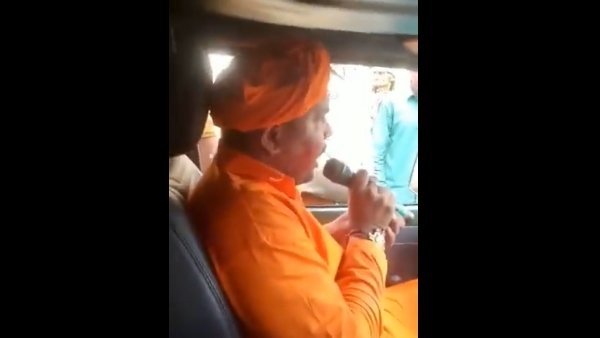 A 2006 study found that when an individual witnessed a person being dehumanised, the brain regions associated with disgust were found to have relatively higher activation.

The recent news of Bajrang Muni Udasin of Sitapur issuing rape threats to Muslim women is one of several such speeches delivered by members of different communities against people they perceive to be ‘others’. History is replete with anecdotes in which hate expressed against a particular group subsequently avalanched to violence against them.

Hateful speeches, literature and media reports often paint a picture of ‘other’ groups in an effort to dehumanise their members. The targeted group, is equated in language with ‘animal’ or subhuman behaviour. Using terms like “termites”, “rats” and “bed bugs” for a community undermines their agency and paves the way for violence against their people to the extent that it won’t provoke the sort of empathy that violence against other groups might. Adolf Hitler’s campaign against Jews during World War II is the most well-known example of such a campaign.

As a neurobiologist, I have often wondered if we can locate regions in the brain that contribute to hate towards and dehumanisation of a group of people in a manner that can be measured, and if we can elucidate its mechanism to the extent that we can ameliorate or even eliminate it before it goes overboard.

Gordon Allport, a pioneer of personality psychology and who taught at Harvard University, was the first to publish research on the psychology of hate speech and dehumanisation in his celebrated work The Nature of Prejudice (1954). He argued that prejudice against a group of people can be transmitted through language and proposed that hate speech, which he called “antilocution”, results in extreme hostility that in turn gives rise to violence.

In 2015, Gail and Richard Murrow, of the departments of neurology and neurosurgery, University of North Carolina, argued similarly: that hate speech results in dehumanisation, which in turn leads to unthinking acceptance of atrocities against the target group. “Dehumanization automatically reduces the pain empathy that emotionally underpins rights-based attitudes and behavior,” they wrote.

Now, a question arises: could the dehumanisation of one group of people have a neurobiological basis? Might some part of the brain be responsible for controlling this behaviour?

In the words of Edmund Glaser, “In anatomical terms the brain is a vast assembly of neurons, the cells that are responsible for generating the behaviours that encompass physical movement, sensory perception, human emotions, and human intelligence itself.” These neurons are diverse in shape and function. They use chemical compounds called neurotransmitters to communicate with each other. Neurons join each other to form complex neural networks to store, exchange and manipulate information, with different groups of neurons associated with different functions.

In fact, it is an established fact in neuroscience that different functions – motor or sensory – are associated with particular regions within the brain. In 2006, Lasana Harris and Susan Fiske of the psychology department at Princeton University studied brain activity of humans when encountered with different social groups. They observed the blood-oxygen level dependent signals through MRI scans to understand which particular regions of the brain were associated with dehumanisation. The study found that emotions like pride, envy and pity were controlled by the medial prefrontal cortex (mPFC) in the brain.

When an individual witnessed a person belonging to a certain social group being cast as ‘less human’, the mPFC showed a corresponding and relative lack of activation – while the amygdala and the insula, two other regions, showed higher activation. These latter regions were found to be associated with disgust. Harris and Fiske wrote, “members of some social groups seem to be dehumanized, at least as indicated by the absence of the typical neural signature for social cognition, as well as the exaggerated amygdala and insula reactions (consistent with disgust) and the disgust ratings they elicit.”

Glaser – whose invention of computer microscopy and subsequent study of brain morphology revolutionised neuroscience – in 2009 pointed out that locating the insula or any other region to be the ‘centre of hate’ in the brain is insufficient. The problem is more complex. He argued that history is full of examples of hatred being spread among people through the use of language: “the propagation of hatred, mass hatred, to be truly successful in its violent ends, may require the existence of a hate region existing in specialized variations or mutations in different brains”. There must be, he argued, a ‘propagation channel’ of sorts that allows the brains of multiple people of a social group to synchronise.

In the 1990s, scientists discovered certain neurons in rhesus macaque monkeys that “facilitated an automatic mirror neural simulation in one individual of certain motor acts they observed another individual performing”. These neurons are called mirror neurons. There has since been a debate over the existence of mirror neurons among humans as well. Several scientists have tried to prove that such a mirror neural mechanism could exist among us and help us express empathy.

In 2015, Murrow and Murrow proposed that “neural simulation mechanisms, whether in the form of mirror neurons or other neural mechanisms, do exist in the human brain, and that such neural simulation is the source of the pain empathy theorized to motivate prosocial and helping behavior”. They further argued that this human mirror neural system responds only to actions performed by other members of the same species, i.e. humans.

So if a group is dehumanised, our brains may not be able to empathise with its members.

As war, war crimes, extremism and terrorism demand our attention, neuroscientists around the world must start devoting more of their time and resources to understand the neurobiological basis of hate better, with support from governments and other stakeholders. Glaser himself had an optimistic vision in mind:

“if the hate center(s) is (are) inhibited, as by some yet-unknown medication targeting hate neurons, hate would be suppressed or removed, and the brain and the person would continue hate-free until the drug is discontinued. One might also suggest that there are other centers in the brain that connect to the hate center and are capable of reducing or inhibiting its activity. By modifying the activity of these centers, therefore, one could also increase or decrease the level of hatred.”

This may seem like science fiction today, but there’s no reason it can’t be reality in sufficient time.