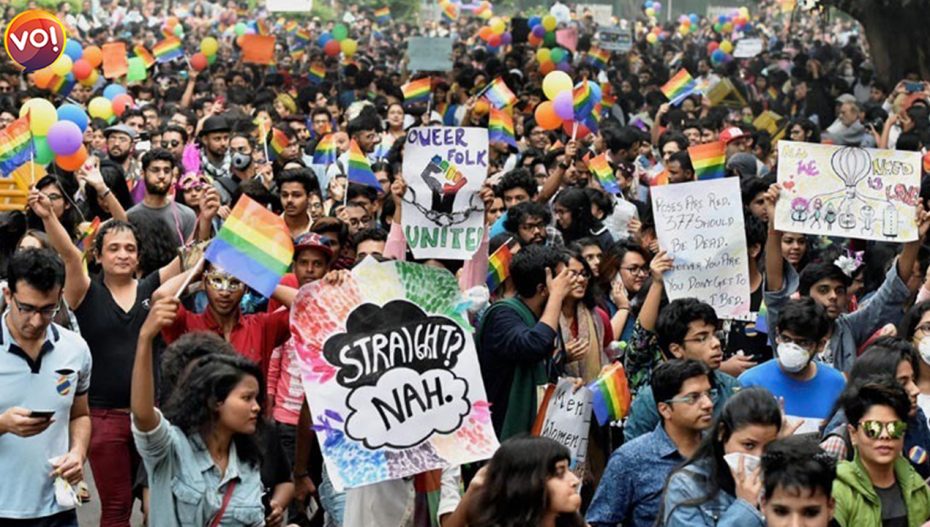 The community became vocal strongly in the last decade and we can evidently see that through its uprising; realistic portrayal in Indian cinema in the last decade. From making “comedic” characters out of sexuality like Bol Bachan and Student of the Year, we have shifted towards characters that are portraying the LGBTQA+ community to its real self like Shubh Mangal Zyada Savdhan and Kapoor and Sons. The movie – Fire carved out a path for Bollywood to follow and they have not failed to do so.

Some of the great depictions which twisted the representation of the LGBTQA+ community in Bollywood are the unheard gems of the industry. These movies despite the disruptions in the community didn’t fail to outlay what people go through in the community.

Bhumi Pednekar as Sumi Singh and Rajkumar Rao as Shardul Thakkar identify themselves as part of LGBTQA+community and stumble into each other. As they get to know their sexualities, they decide to marry for their families’ sake and live as individuals: more like roommates for their marriage life. It is a beautiful story of how people holding these sexualities do not make them indifferent towards marriage and having kids. An apt movie to understand the desperation of hiding your sexuality from society, gender norms and family necessities, and priorities and how humor ties them in a knot.

The film stars Aayushman Khurana and Vani Kapoor playing Manu Manjar and Manvi Brar. Manu Manjar, an orthodox preacher, is a bodybuilder and owns a gym; Manvi Brar is a Zumba trainer in the gym. Manu and Manvi get into a relationship but later, Manu realizes that Manvi is a transgender. The movie then is a roller coaster ride from him abandoning, insulting, and verbally rebuking her and eventually leads him to a stage where he understands what transgenders go through and why they associate themselves as one. A very disturbing yet truthful representation of Indian society is depicted with harsh facts and learning stages of orthodox and unsupportive people towards the LGBTQA+ community.

Another Pride Month feature is an amalgamation of 4 different stories progressing on the same day ends up blending in to make a complete masterpiece. One specific story which represents the LGBTQA+ community is when a husband who had abandoned his home for 7 years comes back to his wife and kid (Rasukutty) as transgender. The portrayal of how their kid does not still differentiate between them being male or transgender is exceptional. Super Deluxe is a glaring movie that represents LGBTQA+ community acceptance in family and loved ones.

Loev is a crestfallen yet beautiful movie of an unattained relationship between two best friends. Sahil and Jai, childhood friends, go on a trip and fall for each other extensively. Sahil is open about his sexuality while Jai is still not ready for the same. It is a heartbreaking journey of how some love interests tend to drift away from you. Loev is a pioneer in the LGBT community when homosexuality was prohibited in India.

The movie starts with a mother, Dipti Naval, grieving her child’s death due to a car accident. She rushes to Mumbai to get his belongings and ends up opening a wardrobe filled with memories and his secret life. She stumbles across the love of her son’s life, Rituparno Ghosh. Dipti starts a journey with unacceptance and atrocity toward homosexuality and ends up creating beautiful memories and sharing mutual grief with her son’s love interest, Rituparno. A beautiful, underrated piece by Ghosh deserves more light and love from the industry.

Let’s appreciate and binge these beautiful movies this Pride Month.