The changing face of Indian babudom: From political loyalties and personal cliques to austere accountability 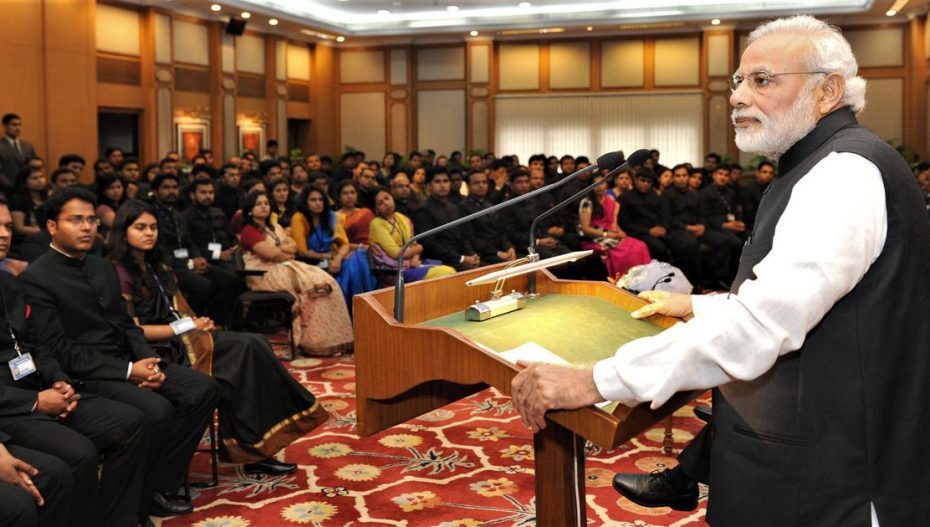 Bureaucracy in India has always been a strong arm of governance – a permanent fixture in key policymaking. But as the maxim goes, nothing is permanent, the face of babudom in India has seen far-reaching changes over the last several years.

The most path-breaking, however, even though it is too early to call it a lasting transition, came with the emergence of Narendra Modi as prime minister of India in 2014.

Well, bureaucrats – the IAS fraternity and also the IPS – are used to being treated as pawns in states. So we noticed a growing trend – just like political leaders are often times made to pay for their indiscretions by losing their posts/chairs, so is the civil service.

The latest example is from West Bengal wherein a serving Chief Secretary and a man with decades of experience showed indifference, disrespect and alleged dereliction of duty towards the prime minister during an important disaster review meeting.

But coming back to bureaucracy and its evolving nuances, ever since Modi came to power the changes have been quite significant. Essentially, on the political front and in the style of governance, the Modi-led regime has always been in confrontation with the Lutyens culture.

According to Sanjaya Baru, the man who was media advisor to former Prime Minister Manmohan Singh, “The bureaucracy in Delhi and in many parts of India (now) does not think in English.”

Thus even the administrative practices and ‘metaphors’ used are regional or vernacular. In terms of number and few specific postings, of the 18 Gujarat IAS officers on deputation in the Central government, four served in the PMO, four were in the finance ministry and two in the home ministry.

Last year, PD Vaghela, a 1986-batch IAS officer of the Gujarat cadre, was appointed chairman of the Telecom Regulatory Authority of India (TRAI). Other plum posts like the CERC chair PK Pujari and FSSAI chair Rita Teaotia were both from the Gujarat cadre.

By October 2020 – six years since Modi made it to the PMO – the entire core team was from Gujarat. The appointment of Hardik Shah as the prime minister’s personal secretary had surprised many. Shah was brought to Delhi on central deputation in 2017. A junior engineer in the Gujarat Pollution Control Board (GPCB), he made IAS in 2015. By 2020, he was the youngest officer to be made the PM’s Private Secretary.

The likes of Rajeev Topno, another Gujarat cadre officer, have also been part of the PMO. GC Murmu, who was assigned to head the government audit body, the Comptroller and Auditor General (CAG), was later handpicked by Modi for the post of Lieutenant Governor of Jammu and Kashmir after the abrogation of Article 370 in 2019.

There are other well-known names such as Sanjay Bhavsar. Originally, a Gujarat Administrative Service officer, Bhavsar was brought to the central government as an OSD and promoted to the elite IAS in 2016.

Jagdish Thakkar was also brought in and given the status of Deputy Secretary to the Government of India. PK Mishra, a 1972-batch officer of the Gujarat cadre who had served under Modi as a principal secretary when he was chief minister of Gujarat, is now the Principal Secretary to the PM.

Even A K Sharma, now an MLC and the BJP’s vice president in poll-bound UP BJP, is a Modi favourite. He is also from Gujarat cadre. Rakesh Asthana, IPS officer of the 1984 batch of the Gujarat cadre, was made interim CBI chief for some time.

Baru says all these in a general sense throw up a challenge between Bharat and India. “The striking difference, if you look at the composition of the Prime Minister’s Office over the last 30 years, was invariably someone from a metropolitan institution like the St. Stephen’s College. In fact, the only people who represent that class in Modi’s government are now all in Niti Aayog,” Baru told Karan Thapar in an interview.

However, observers of babudom in India point out that though Modi’s bureaucracy has definitely tilted towards his home state, there is no backstory of kith and kin nexus.

And he may be right. The personal/political cliques go beyond Modi’s regime.
We have scores of tales from Punjab of the mid-nineties. Soon after Harcharan Singh Brar had taken over as the Punjab CM after the assassination of Beant Singh, an extra-constitutional power centre allegedly developed around his wife, daughter and son.

In 1996 when O P Sharma, senior Punjab cadre IPS officer, was appointed Nagaland Governor by the HD Deve Gowda government, the story goes that Brar declined to make Sharma, a compatriot of KPS Gill in the fight against militancy, the DGP, He instead rewarded his handpicked choice and more pliable Sube Singh.

In the ‘united Madhya Pradesh’, late Ajit Jogi made news when he was handpicked by Arjun Singh and the move perhaps also had a clear blessing of the then Prime Minister Rajiv Gandhi. Jogi was Collector of Indore when Singh pulled him out of civil service and sent him to the Rajya Sabha. The customary ‘cooling period’ for Babus was let go of. The whole affair was also intriguing as Jogi was then facing a police probe for alleged land acquisition worth Rs 1 crore – a big amount those days.

In Haryana, it is said the decline in prestige and authority of the IAS fraternity started during the tenure of the illustrious Devi Lal when he was chief minister. The man who had famously announced – “Instead of my son Om Prakash Chautala, should I make Bhajan Lal’s son the chief minister?” – reportedly encouraged caste lobbies and groupism. Obviously, competence was relegated to play second fiddle.

West Bengal witnessed so much animosity between ministers and babus that in the late 1960s during the United Front coalition regime with Bangla Congress, senior CPI-M Minister Hare Krishna Konar had described the bureaucrats as “gutter vermin”.

Grapevine from West Bengal is that the likes of Anish Majumdar, N Krishnamurthi, Rathin Sengupta and T C Dutt were made Chief Secretaries during the erstwhile Jyoti Basu government because they were either not given to taking a tough stance or were viewed as pro-communists.

The state also had a unique cadre of officials and ‘sympathisers’ called the “street cadre”.

Similar vice may have existed in other states and perhaps still exist, but in West Bengal, often the senior-most IAS officers missed the coveted chief secretary’s post over ordinary or inane issues.

Even Forward Bloc ministers during the Basu regime were often confronted with senior members of the civil service.

In the context of the present NDA dispensation, there have been occasions when PM Modi made some adversarial remarks on the bureaucracy. “Babus will do everything… they will operate fertiliser warehouses and chemical warehouses and even fly aeroplanes. What is the big power we have created?”

In 2020, the central government directed all ministries to prepare a register of government servants in the 50-55 year bracket and those who have completed 30 years of service. This was aimed at getting rid of ‘corrupt’ officials.

As it is around 400 officials deemed corrupt or incompetent have been shown the door prematurely in the last few years. This Damocles’ sword is also seemingly hanging over the fate of officers from other cadres.

In 2019, 50 Indian Revenue Service (IRS) officers were compulsorily retired. Similarly, over 280 of them lost their jobs in the Central Secretariat Service. In addition, between 2014 and 2019 – the first phase of the Modi government – 23 senior IAS and IPS officers faced charges and prosecution under the Prevention of Corruption Act.

Over the decades, babus have continued to enjoy the best of everything. They have hardly suffered any consequence of bad decisions. But now the table seems to have turned and the going has been tough for India’s steel frame.