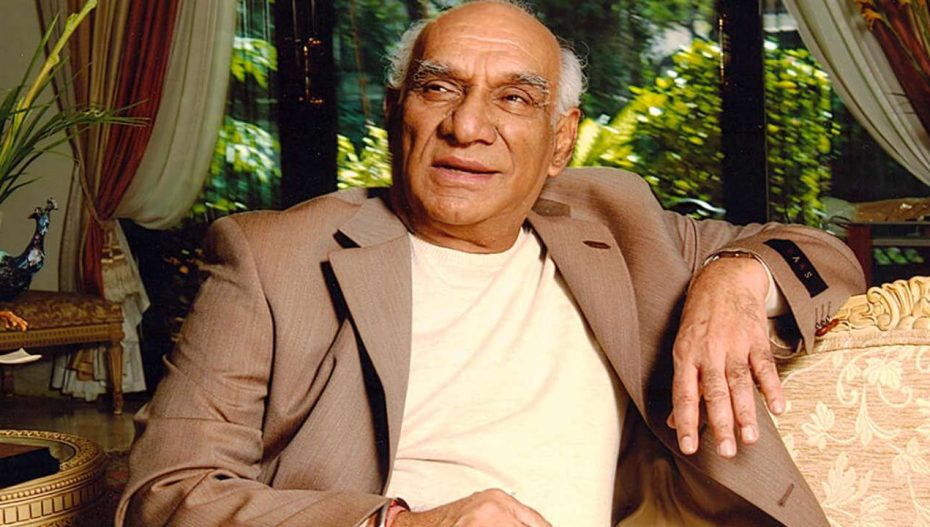 Today, September 27, is Yash Chopra’s 89th birth anniversary and the film that is playing in my mind is Deewar. Its iconic dialogue, ‘Mere paas maa hai’ still resonates, 46 years after its release, on January 24, 1975.

In fact, even the ‘Mozart of Madras’, AR Rahman, had referenced this line in his Oscar acceptance speech, translating it for the assembled guests, saying, “It means ‘I have nothing, but I have a mother.’ So, mother’s here, her blessings are here with me. I am grateful for her, to have come all the way.” His words must have left many feeling emotional that night.

Deewar has been described as a “flawless” script” and the “best screenplay ever” by none other than its ‘angry young man. Yashji was waiting to get dates from his busy A-list stars to roll with Kabhie Kabhie, but fascinated by Vijay, the dockworker turned don, Amitabh Bachchan reportedly coaxed him into putting this love story on hold and flagging off Deewar instead.

The filmmaker was happy to oblige, having himself loved Salim-Javed’s story of two brothers, one, a law-abiding police officer, the other, an outlaw, both of whose first love will always be their mother.

His distributors were happy too because, after the surprise super success of Zanjeer, they wanted Amitabh Bachchan to play an action hero, the ‘angry young man, and not a brooding poet reciting Sahir Ludhianvi’s verses in the memory of lost love.

Yashji then took the role of Vijay’s cop brother, Ravi, to Navin Nischol, who had teamed up with Amitabh Bachchan earlier in Parwana. But according to movie lore, Nischol pointed out to him that he had been the ‘hero’ of that film and couldn’t be expected to play second fiddle to the ‘villain’ now.

He then approached Shashi Kapoor, who had already been signed for Kabhi Kabhie to play Raakhee’s husband. The actor was happy to transfer his dates to Deewar and the film was launched in March 1974.

Once, when I had asked Bachchan what he recalled from Deewar’s shoot, he had flashbacked to the film’s climax. It was shot at Mumbai’s Ballard Pier through several nights. By the time they wrapped up for the day, a new day had begun. Bachchan would accompany Yashji to a place beyond Tardeo where they would breakfast on baida-pav (bread and eggs) before returning home and tumbling into bed.

Incidentally, Bachchan’s performance in the film’s climax, as he lies dying, with his head cradled in his mother’s lap, inspired another angry young man, Shah Rukh Khan, whose Baazigar opted for a similar ending. The actor has admitted that he had been inspired by Bachchan’s performances in Parwana and Deewar, and as he lay there, with his head in Raakhee maa’s lap, he was reminded of his own mother whom he had lost too early.

SRK went on to do Darr with Yashji. His “K… K… K.. K.. Kiran” refrain became equally popular, and he walked away with the Filmfare Award for Best Actor in a Negative Role, in the same year that he bagged the Best Actor trophy for Baazigar.

Like he did with Bachchan, whom he later offered a change of image with Kabhie Kabhie and Silsila, Yashji also turned SRK from ‘Bad Boy’ to ‘Lover Boy’ with films like Dil To Pagal Hai, Dilwale Dulhania Le Jayenge, Mohabbatein, Rab Ne Bana Di Jodi, Veer Zaara and Jab Tak Hai Jaan. He himself is known today as the ‘King of Romance’ so it was apt that he should end his life’s journey with SRK and Jab Tak Hai Jaan in his favourite location, Kashmir.

At Yashji’s chautha ceremony, I remember Shah Rukh sharing that after his last shot for the film, his producer-director had told him that while he would continue to make many more films, “I won’t make another”. When the actor had reminded Yashji that they still had a song to shoot in Switzerland, he had reiterated, “No, that was my last shot!”

Did he have a premonition? One doesn’t know but on October 21, 2012, at the age of 80, Yash Chopra passed away. But not before he left behind a lifetime of movies and memories, thanks to which he will be reborn every year.

Happy birthday Yashji; you will never be forgotten.