From Winning A Paralympic Medal To Becoming An Inspiration 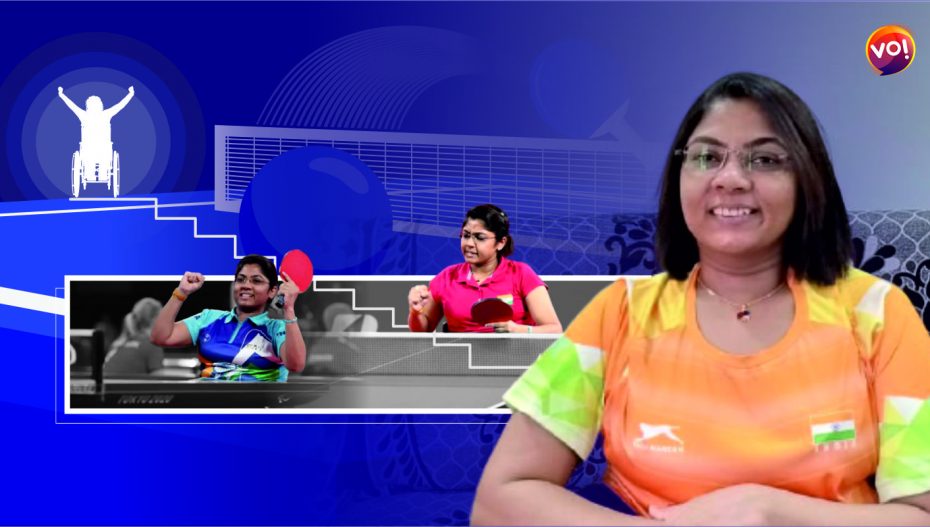 Imagine being invisible to the world for your entire life and then, one day, finding out that every person in your life is trying to prove that they are connected to you. This is the reality now for the Indian athletes who participated in the recent Tokyo 2020 Paralympic Games and won 19 medals. In a matter of days, people started recognizing and appreciating them, and they have become an inspiration to the nation.

One such athlete is table tennis player Bhavina Patel, who became the first Indian player to win a silver medal on August 29. Patel’s life has undergone a huge change – before the event, she trained intensively while working at Employees’ State Insurance Corporation (ESIC) as an assistant. Now, her days fill up with giving interviews and attending events. Patel explains that she is on a break from work and hopes to rejoin her workplace soon.

Patel lives with her husband, Nikul Patel, at their house in Ahmedabad. Though they have lived there for many years, she is suddenly a person of interest to her neighbours, who did not much to do with her earlier.

She says, “People who never even had a conversation with me earlier, including distant relatives and long-lost acquaintances, have started finding their connection to me and express their role in it, which makes me chuckle sometimes.”

Talking about her newfound fame, Patel adds, “I have been invited to many functions across the country and it makes my heart full when people, especially children, come to get my autograph and tell me they want to pursue this as their career in the future.”

Talking about Indians, she explains, “Indians have begun taking interest in sports, thinking of it as a legitimate career option. However, I still feel we have a long way to go.”

With her family’s support, Patel was all set to go to the Rio Olympics in 2016, but fate had other plans. Talking about the same, Patel explains, “At the time of the Rio Olympics, I was not able to go due to a technical issue, but I’m happy to say the government has become more active since then, which is evident by tournaments like Khel Mahakumbh, Khelo India and certain schemes that provide financial aid to athletes.”

Talking about her future goals, Patel says, “My ultimate goal is to win a gold for India but this experience has made me realise what I can do with the newfound fame.” She continues, “Sports is looked down upon in our country until it is at an international level. I want to help introduce sports from the primary level in school.” Patel says she has spoken to many government authorities and bureaucrats regarding this idea and wants to change the entire sports curriculum.

Talking about the sweetest memory since winning the medal, she says, “Two kids came in the afternoon to my home while I was out for an event. They waited from 3 to 7 pm to just meet me and that made me well up.” Patel adds, “I did not realise that my story was impacting so many people, but now I believe in my responsibility towards people and especially children who want to pursue sports.”

A Bag, Some Cash And A Heartwarming Story About Be...