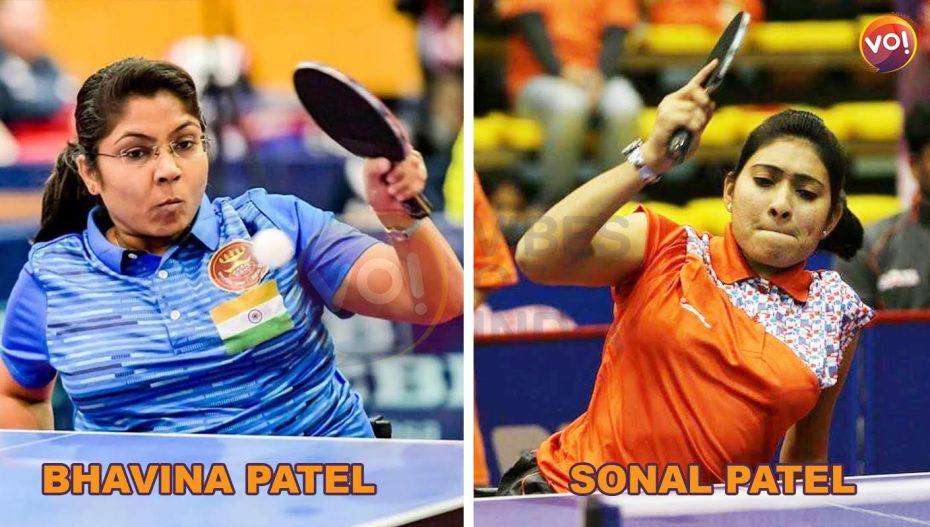 Physical willpower is important but it’s the mind that matters.

Bhavina and Sonal Patel have just proven that. Not related, though they share the same last name, Bhavina, 34, and Sonal, 33, are now all set to participate in Tokyo Olympics. Bhavina and Sonal both have polio and are disabled from their waist down. They will be participating in the Tokyo Paralympics.

Bhavina is the first woman to qualify for Paralympics in Table Tennis. She was qualified in 2016 but as the Board failed to fill up a form, she was not able to play that year.

Bhavina says “To play in Paralympics has been a dream of mine, this dream did not even let me sleep,” she added, “Without my family’s support, this would have been impossible and my parents are nothing less than God to me.” Her struggle started in a small town, Sundhiya. At the age of one, due to an illness, she got Polio from another medication. Her entire family was disheartened by the illness but motivated her to go on with her life and she completed her studies till twelfth grade. Bhavina is from Sundhiya near Vadnagar. That is the same taluka where Prime MInister Narendra Modi was born, raised and worked as a chaiwallah.

Bhavina was only one when she caught polio. Her family owned a small cutlery kiosk. Bhavina’s father Hasmukhbhai Patel, came upon an advertisement from the Blind People’s Association and decided to enroll her in the ITI course, so she can fend for herself. Since joining the association in 2007, she has never looked back.

Sonal, from Chanothiya, Viramgam, told Vibes of India, “I wanted to become a teacher when I was young and fresh out of school.” She appeared for Primary Teacher’s Course in Ahmedabad, but during her interview, she added, “I was rejected and my handicap-ness was cited as the reason.” Her rejection became her first step to this momentous moment. She enrolled for an ITI course at BPA, an awarding-winning institution for the specially-abled in Ahmedabad, Gujarat. This is where her love story with table tennis began. “I would gaze for hours at those playing table tennis”, she now laughs adding that it was the superintendent of the ITI department, Tejalben Lakhia who motivated her to play and the same goes for Bhavina giving them the platform.

Many others have also helped, Sonal says, adding, “My uncle, Vishnubhai Patel and aunty, Nirupaben Patel have supported me to no end and I have grown up with them in Ahmedabad while my parents were back home.” Her parents, Manubhai Patel and Labhuben Patel motivated her to go to Ahmedabad and achieve her dream.

Both of them are married and their husbands’ Nikul Patel and Ramesh Chaudhary, have supported them a lot.  Bhavina says “My husband has taken up all the responsibility, so I can focus on my goal. Without his support, this would not have been possible.” Nikul is a Businessman and still makes time for her. Sonal’s husband, Chaudhary, also a Paralympic Table Tennis and Paralympic Cricket player shares all the responsibility with her.

Both of them support each other and as they share nuances of their story, understand each other and live like sisters. They are practicing for 9 hours daily with their team of Physiotherapist, Psychologist, Nutrionist and Coach for the Paralympics Games, 2021. After Paralympics, they plan on playing more international tournaments for India.