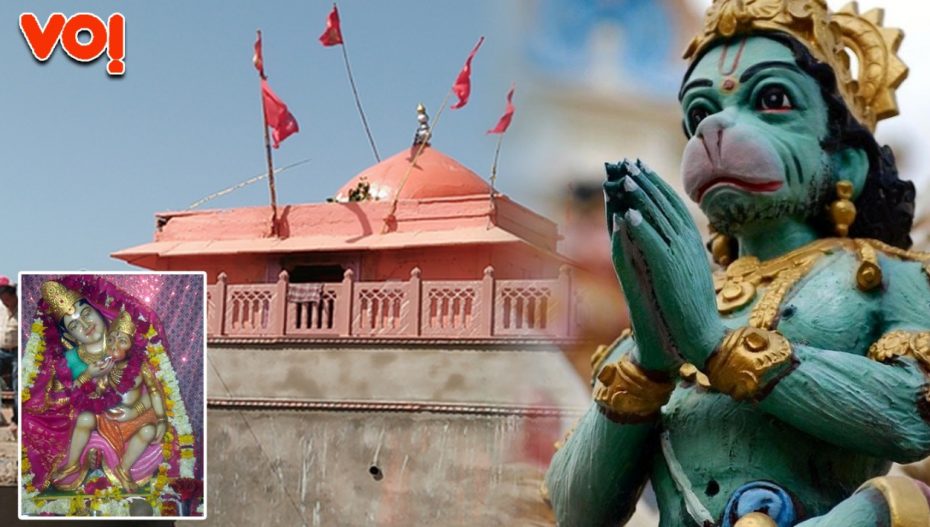 Ever seen images of Bal Hanuman having jumped high enough to eclipse the sun? From a place called Dandakaranya? The tribals of Dang deem Lord Rama’s passage to Panchvati during exile, was through the region.

Well, that is modern day Dang district and yes, belief holds it that he climbed the mountain of Mari Anjani and eclipsed the sun. If ever, Shanidev has been shadowed by an earthling from this very land!! Hanuman Jayanti is celebrated with faith and much fervour at the Hanuman and Anajani Mata Temple situated in hilly locale.

Rambhakta Hanumanji was also born in the caves of the Anjani mountain in Dang. From ancient times, the highland, its cave and the adjoining pond, have been associated with blessed powers. After all, mother Anjana was sitting in meditation on the mountain when, Hanuman was ordained.

According to Hindu legends, Hanuman was born to mother Anjana and father Kesari. Hanuman is also called the son of the deity Vayu (wind god) because of legends associated with Vayu’s role in Hanuman’s birth. One story mentioned in Eknath’s Bhavartha Ramayana states that when Anjana was worshiping Vayu, the King Dasharatha of Ayodhya was also performing the ritual of Putrakameshti yagna in order to have children.

As a result, he received some sacred pudding (payasam) to be shared by his three wives, leading to the births of Rama, Lakshmana, Bharata and Shatrughna. By divine ordinance, a kite snatched a fragment of that pudding and dropped it while flying over the forest where Anjana was engaged in worship. Vayu, the Hindu deity of the wind, delivered the falling pudding to the outstretched hands of Anjana, who consumed it, leading to the birth of Hanuman.

She then bathed the new-born in the pond.

A 300-feet high gushing waterfall, which doubles in volume during monsoon, is a key attraction in the region. Located at barely a kilometer from Anjani Kund village, the birth place of Hanumanji, pilgrims trek the route to the falls via the forest routes. In absence of any pucca road, the demand for a bus from Ahwa to Anjani Kund has fallen on deaf ears.

Likewsie, in absence of a motorable road to Anjani Mata Gufa, the region’s potential remains untapped. Basic amenities like drinking water, toilets and electricity remain a far dream and despite several pleas to the local government, little has been done.