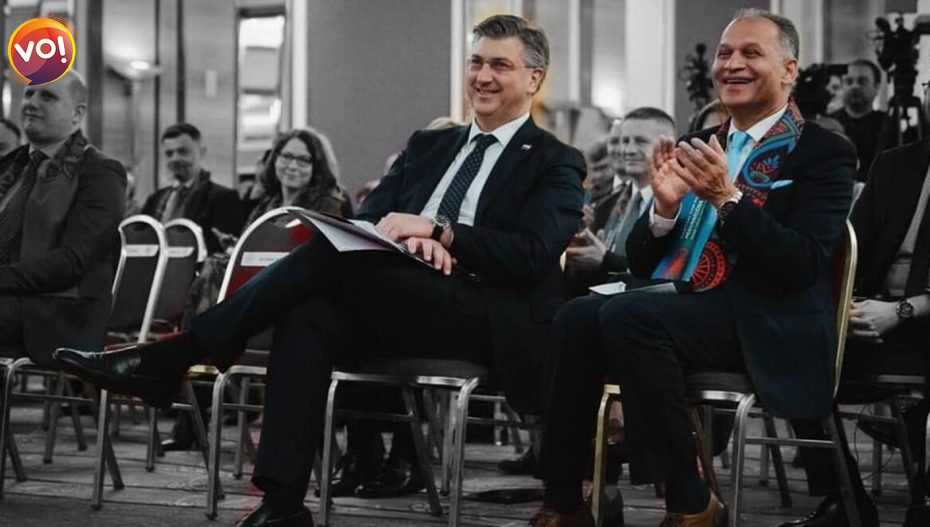 Far away in Croatia, lives a sizeable pocket of Romanis. The International Romani Day on April 8 this year, prefixed an international conference in capital Zagreb by two days. Organised by the Indian Council for Cultural Relations (ICCR), the discussions focussed on a unique subject: Roma as the Indian diaspora.

Finally, there is formal acknowledgement on the race’s “possible” Indian origins. The ICCR’s announcement came after a visit by director-general Dinesh K. Patnaik to Zagreb, where he had met with MP Veljko Kajtazi, also the former president of Kali Sara, an organisation of the Romani people in Croatia.

However, the conference, is a small step forward to correct the irreparable damages of the past.

Why is this a contentious issue?

The answer lies in History. Long pending history, shaped by complex factors. It is widely held and now corroborated by historical documentation and sociological research that Romas belong to the stock of Indo-Aryans who migrated sometime around the 5th century from what is now north-west India to escape persecution during the invasion of Alexander. The conqueror himself took back a large numbers of expert iron smiths, particularly from nomadic groups in the region, like the Doms, Banjaras, Chauhans, Gujjars, Sanchis, Dhangars and the Sikligars. In fact, the genetic disposition, despite centuries of inter-mingling remains an “Indian look” with dark hair and eyes, wheatish skin for lineages that have yet to inherit more Caucasian traits and a culture that is uncannily akin to the nomads in the Rajasthan-Gujarat arid belts. Some cultural practices, traditions and dance moves give away the definite Indian past.

A 2012 study, published in the journal Cell Biology, analyzed genomic data from 13 Romani communities across Europe. The researchers concluded that the Roma people left northern India about 1,500 years ago; those Roma now in Europe migrated through the Balkans starting about 900 years ago. These findings support written reports of Roma groups arriving in medieval Europe in the 1100s.

So, why not openly acknowledge?

The Romas are dispersed all over the world. Citizenship, identity and belonging remain important issues for the community because of collective trauma and complex historical and socio-cultural factors. The community has historically faced prejudice, violence, discrimination and racism in several parts of the world and have been denied equal opportunities in the fields of healthcare, education, housing, employment, government services, recognition and continue to battle exclusion and social deprivation.

Ever heard of gypsies? The wanderers who have no fixed place and are given to trapeze, dance and revelry not to mention their garish outfits, which actually do bear semblance to the banjaras of Rajasthan-Gujarat? The Romas have been History’s constant gypsies, both literally and at a deeper level. There has been no concerted effort by any government to study the race’s ethnicity or grant land to the largely floating migrant Romas.

Largely a race of skilled artisans, craftsmen, iron smiths and masons, work and the contemporary political scene of the habitation in context, has been the Roma’s life. They move on because of livelihood, racial tensions, by virtue of marriage or simply in search of greener pastures. As of 2022, their count worldwide stands at 12 million.

India’s stand on the matter?

Right from erstwhile prime minister Indira Gandhi’s 1983 visit to Croatia where she stated a “feeling of kinship” with the Romanis to Atal Bihari Vajpayee and Sushma Swaraj’s similar sentiments on respective visits, there has been something for the nomads to look forward to. Unfortunately, nothing much has been done. Also entangled with the “belongingness” will come the onus on the origin country to grant “overseas citizen privilege.” This is like opening of a pandora’s box.

Alen Tahiri, director, Government Office for Human Rights and Rights of National Minorities in Croatia, believes “it is perhaps unrealistic to expect 1,000-years of injustice can be solved within a decade, or two or three.”

Tahiri points to the persecution of the Roma during the Second World War and how the community’s sufferings were ignored. “It took many countries many years to recognise Samudaripen—the persecution of the Roma for being Roma—while being very much aware of the Holocaust or the persecution of some other groups. Stereotypes and prejudices are deeply entrenched, and for many Roma it is impossible or very difficult to break out of the vicious circle of interrelated factors such as marginalisation, discrimination, poverty, lack of education, poor health and housing,” he said.

Some researchers believe the Roma, particularly those in Europe, are among the groups most vulnerable to statelessness in the region. This is where the discussions surrounding identity and recognition by a nation-state become important to the community, because they are linked with the community’s history of persecution, and how their subsequent lack of trust of authorities has continued.

“Not registering children at birth, because it is mostly done in hospitals, where many Roma women gave birth at home for various reasons; then mobility, particularly during the time of conflicts—including the most recent wars in Croatia, Bosnia and Kosovo—are among many factors contributing to the problem. The problem in Croatia is of a far smaller magnitude than it is in many other countries, but (it is still significant),” Tahiri said. The Roma in Europe are frequently found to be among the most discriminated groups in many countries, including in member states in the European Union.

There has been little research exploring links between the Roma and the Indian subcontinent, Tahiri agreed, in part because of the complexities of the subject. In India, there is still little awareness and knowledge about the Roma community, and more importantly, of their historical experiences. But that may be changing, albeit slowly, with the Indian government taking more interest in the community, especially over the last few years.