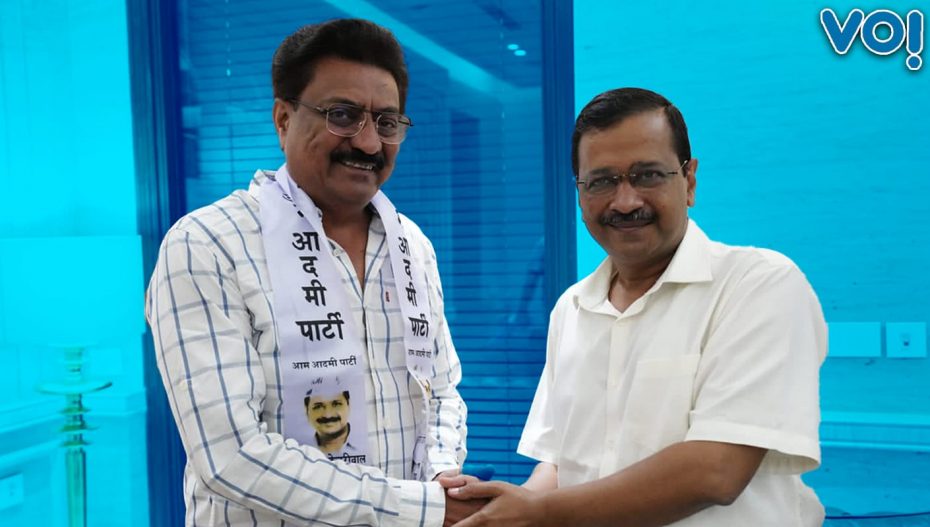 Indranil Rajyaguru, the multi-millionaire Congress stalwart from Rajkot with the stature to contest against the sitting BJP Chief Minister Vijay Rupani on his home turf has embraced the Aam Admi Party along with Rajkot Municipal Corporation corporator Vashram Sagathia.

With Rajkot’s One Man Army against BJP onslaught Indranil Rajyaguru joining the AAP, Gujarat Congress has suffered a major setback.

Indranil has a youthful, dashing image of a strong leader having his wealth of 141 crores who was capable to put on a fight challenging the then Chief Minister Vijay Rupani in the 2017 assembly elections.

Rajyaguru who started politics from Youth Congress possesses big political capital in Saurashtra and his departure will cripple Congress even more. The aggressive style of this young leader has been his hallmark. Disillusioned, he left Congress in 2018 also but was later persuaded by the party. Rajyaguru e was disappointed with the neglect and lethargic attitude of the Congress. After joining AAP at the hands of AAP supremo Arvind Kejriwal in Delhi, he reached Gujarat AAP headquarters, along with his supporters.

When he announced his decision to quit Congress in 2018, Rajyaguru said he was unhappy with the functioning of the party in Gujarat. “Congress is not willing to change its style of functioning and believes that certain things will be done in certain ways.”

He highlighted that even his friend Shaktisinh Gohil had stopped him from resigning many times. This time around, I have not even told him, he said. He added that he is tired, but will continue to work for the welfare of society.

Adivasi Vote: The Cake That BJP, Congress and AAP Want In Gujarat...