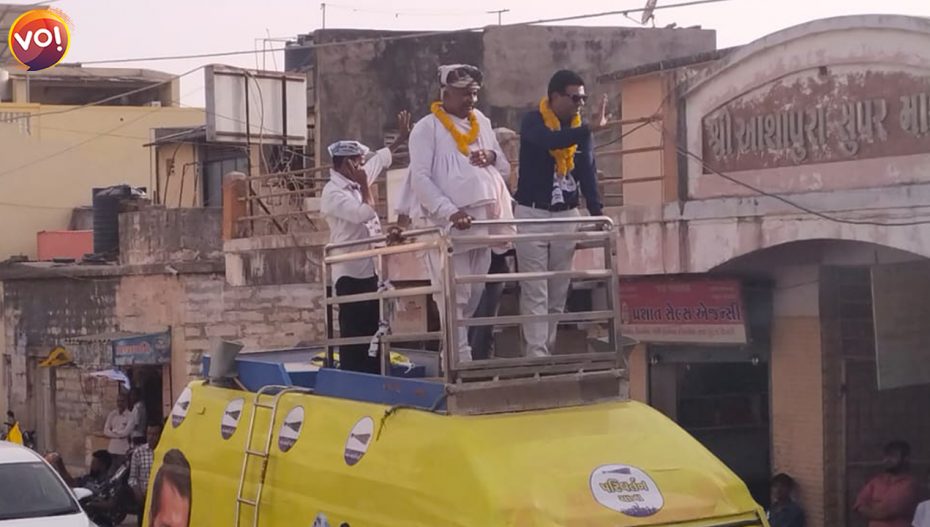 Aam Aadmi Party (AAP), in a press release today, said that its Parivartan Yatra, a procession, that has been going on for three days has been a great success. The party has said that their initiative has received huge amount of support from people all over Gujarat. “We have been receiving unprecedented support from the public all over the state of Gujarat,” the statement said.

When the initiative commenced, several teams led by different party leaders kicked-off processions in different parts of the state, taking varied routes. As such, the party aimed to cover many districts in the three days.

The Parivartan Yatra,  led by State President Gopal Italia, State Youth President Praveen Ram as well as Vice President Nimisha Ben Khunt, began from Somnath and  The yatra then reached Talala Gam, Gir, at around 10:30 am and from there, they will reach Maliya, Morbi, in the evening. After leaving Madiya, the Parivartan Yatra will stop at Mangrol city in Junagadh district at around 8 pm.

Meanwhile, State Leader Isudan Gadhvi, Leader Indranil Rajyaguru and Organization Secretary Ajit Lokhil from Dwarka led a procession that started at  Kirti temple in Porbandar. The leaders and workers will visit couple of other places and finally rest for the night at Ranavav.

The Dandi Parivartan Yatra, led by State Organisation General Secretary Manoj Sorathia, Organisation Secretary Ram Dhaduk and Leader Rakesh Hirpara, left from Nagdhara in Navsari in the morning and reached Satem. Proceeding from there, the procession will take a halt at Lunsikui.

Farmers’ Organisation President Raju Karpada and State Treasurer Kailash Dan Gadhvi led a procession from Mandvi and reached Umiyanagar. The leaders are expected to rest at Azad Chowk in the evening.

The Parivartan Yatra which commenced from Sidhpur, headed by State Vice President Bhemabhai Chaudhary, Organization Secretary Ramesh Nabhani and General Secretary Sagar Bhai Rabari left from Visnagar and reached Kamanagam at 11 am. They will halt at Bhandu.

Another procession led by State Vice President Arjun Rathwa and Bharatiya Tribal Party (BTP) National President and MLA Mahesh Vasava from Umargaon, started Atul village in Valsad and reached Dungri. From there it will reach Atgam, Kanjan in the evening. The leaders will stop at Dharampur Depot at 7 pm.

It is also believed that during the processions, AAP leaders did not make a big show and stay in luxurious hotels with all facilities. The leaders opted to sleep on simple traditional beds set out in open spaces.

The statement said that the Parivartan Yatra is making progress wherever it goes, talking to individuals from all walks of life and discussing local issues with the general population. In addition, a great number of public polls are being held by several assemblies. The AAP is successfully developing trust among the public through mobilising these referendums.