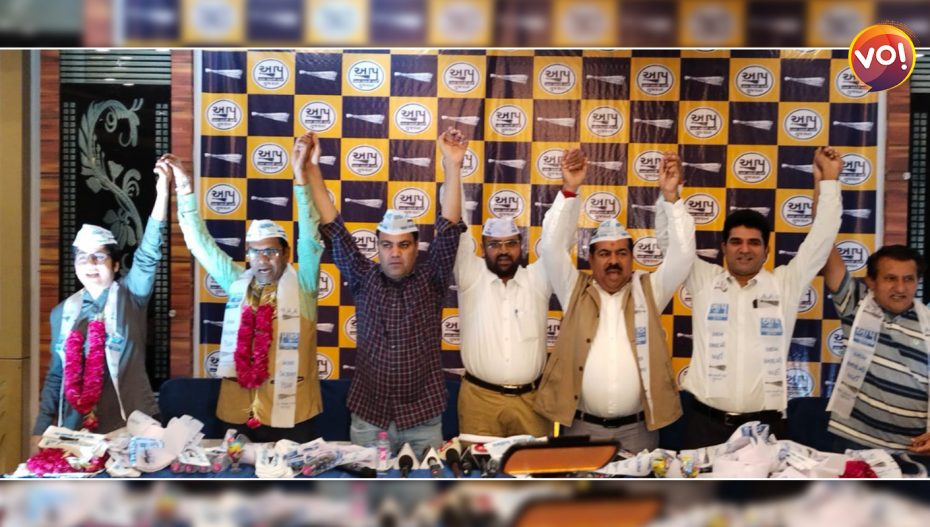 Aam Aadmi Party, in a press conference today, welcomed former Gujarat Congress leader Kailash Gadhvi, along with 300 workers, including H.K. Dabhi and Pooja Sharma.  Addressing the conference, AAP’s state in-charge Gulab Singh Yadav, said, “All leaders and workers of BJP and Congress or any other party with similar ideology are welcome in our party.” State leader of AAP, Shri Isudan Gadhvi, was also present at the event.

This news comes as the Gujarat Congress reels under internal scuffles and discontentment from its own leaders and members in the state. Working president Hardik Patel has also expressed discontentment towards the state party leadership and their inability to take th right and timely decisions.

Yadav slammed BJP saying that because of the party’s 27 reign in Gujarat, it has become arrogant. Taking a jibe at the BJP’s leaders he said, “I am shocked that even after ruling for so long, this government cannot prevent 7th class paper from leaking! Today paper leaks have become common in Gujarat. Only AAP will be able to solve this issue.”

Furthermore, Gadhvi said, “BJP government has not done any public work since 27 years. Today the BJP government in Gujarat has failed in everything whether it is education or health or women’s safety or farmers’ issues.”

Praising the AAP, Gadhvi talked about the reforms that the party has successfully made in Delhi. He said, “In Delhi in just seven years, the government of Shri Arvind Kejriwal, historic work has been done in every field from education to health. I am joining the Aam Aadmi Party after being impressed by these works.” Reiterating his commitment to the party, Gadhvi said, “I have fought against the arrogant BJP government of Gujarat and will continue to do so. We will work for the result, Aam Aadmi Party will show with the result.”

Yadav states that those who want to work for the welfare of the people, but were unable to do so by staying in Congress or BJP, and other honest people that are trapped by the dealings of the party are joining AAP. AAP will welcome everyone , may it be a common man, friends or colleagues, who are willing to work keeping intact the principles of patriotism, honesty and humanity.