Jai Shri Ram to be AAP’s winning strategy for Gujarat? 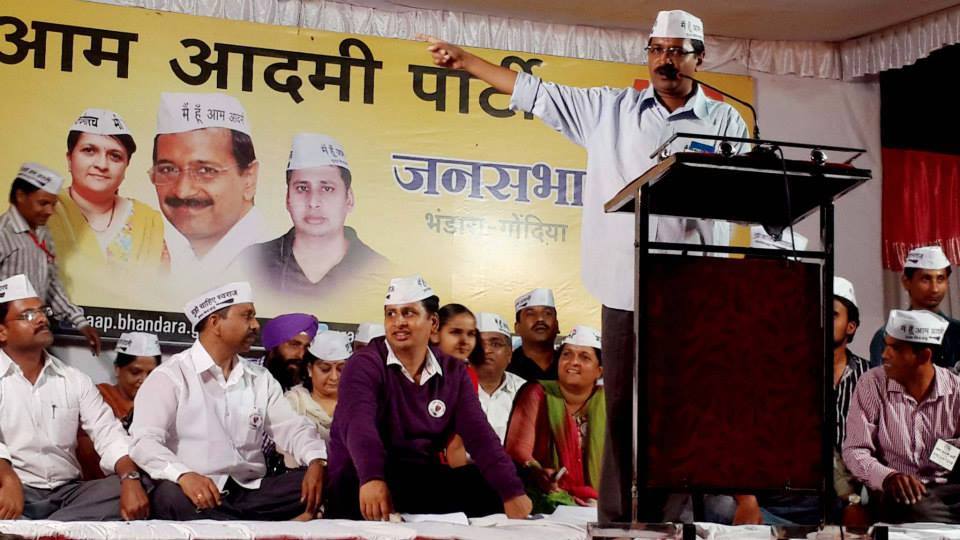 The Aam Aadmi Party’s odds-defying performance in Surat municipal polls, followed by its recent decision to induct several prominent names, including journalist Isudan Gadhvi, into the party, has invigorated debates in an otherwise de-politicised urban Gujarat. Party supremo Arvind Kejriwal has also announced that the party will contest all 182 seats in the 2022 assembly election.

The big question now is if the AAP’s broom will be able to sweep through BJP’s painstakingly- backyard.

Although political participation by new actors in a region ruled by a single party for nearly three decades is welcome, going by AAP’s track record in Delhi, the party does not present any ideological challenge to the political dominance of the Hindu right-wing. It is, at best, a platform for individuals seeking an option beyond the BJP and Congress, and at worst, an enactment of the centre-right corporatised ideas on governance.

The AAP government in Delhi, led by Kejriwal, has been successful in improving the access and delivery of public goods, particularly education and healthcare, no doubt. However, beyond that, there is little that AAP has to offer. Additionally, when it comes to the representation and upliftment of marginalised communities, AAP’s record is anything but healthy. For instance, there are no women in Kejriwal’s cabinet and a few upper-caste men handle all key decisions. The party has also failed to deliver on its promise of eradicating manual scavenging even as more and more Dalit workers die cleaning the sewage year after year.

Similarly, the party has five Muslim legislators in the Delhi assembly but has increasingly shied away from standing up for the community. Its stand on the CAA-NRC combine remained vague (except for Manish Sisodia’s supportive remark on the Shaheen Bagh protest) while the Delhi government became a mute spectator during the deadly riots in February last year.

By employing a simplistic and unintelligent binary of the rich and the poor, the party negates a nuanced perspective on marginality in India. Towards this goal, it engages with broader questions of political economy — especially public services. Its organisation is a motley of elite technocrats and urban professionals whose watchwords are “efficiency” and “governance” i.e. terms that became popular in the backdrop of privatisation of government functions.

Unsurprisingly, this technocratic intelligentsia has no regard for the crisis of representative democracy and the intricate infusion of religion within politics. In fact, its vision on political representation and religious politics is a product of a conservative ideology. point in case: AAP MLA Atishi’s invocation of her Rajput lineage during the 2019 Loksabha election.

Likewise, instead of challenging the erosion of secularism, Kejriwal is looking for rescue in religion through state-sponsored yagnas or his widely-publicised recitation of Hanuman Chalisa.

More so, the inference that the party will fully replicate its Delhi policies in Gujarat is misplaced. There are two big reasons why the party is more likely to choose a moderate version of Hindu nationalism and rely on an empty discourse of governance in Gujarat. Firstly, Gujarat is an overwhelmingly urban region, with nearly half of its populace living in towns and cities, where the party’s talk on improving governance may be appealing, particularly to youth. Secondly, after the Delhi government’s abysmal management of the second surge of Covid-19, a desperate AAP may prefer religious nationalism even more in Gujarat, the laboratory of Hindu nationalism and conservative politics.

Sharik Laliwala is an independent researcher interested in Indian politics, especially nationalism, caste, and minorities. He has previously been associated with Trivedi Centre for Political Data at Ashoka University, and Centre for Equity Studies