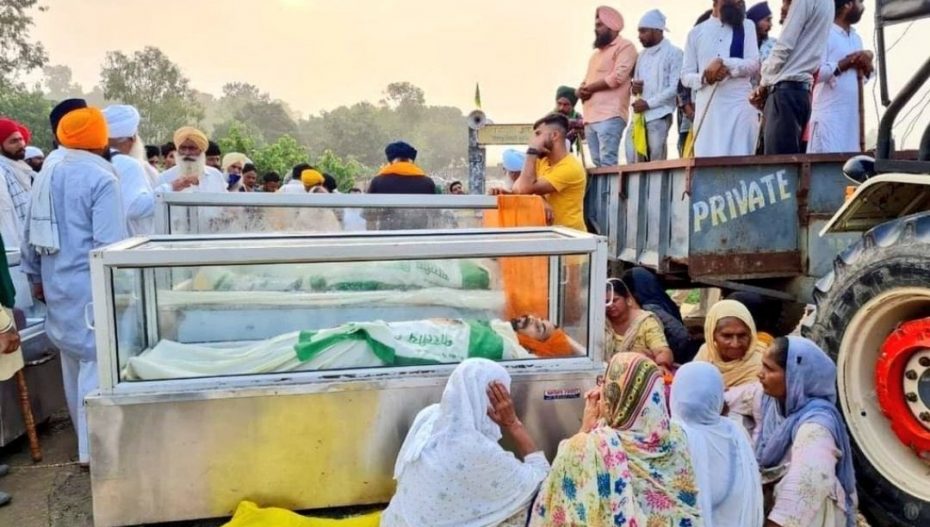 Uttar Pradesh police arrested two persons identified as Luvkush Rana and Ashish Pandey after four days of Lakhimpur Kheri incident. Eight people died after a  minister’s car allegedly ran over protesters. Union minister of state Ajay Mishra Teni’s son Ashish Mishra is still untraceable. Police said the two arrested are close aides of Asish and more raids are going on. The arrests come hours after the Supreme Court on Thursday asked the UP government to submit a report within a day on how many arrests have been made so far in connection with the case.

The Supreme Court has also stepped in, registering a suo motu case; the proceedings are expected to begin on Thursday.

“In the status report also tell us about the eight persons who have been killed. Farmers, journalists etc. It is an unfortunate incident. Tell us whom you registered FIR against. How many have you arrested,” the Supreme Court said as it heard a case on Lakhimpur violence. “The grievance is that you are not registering a proper FIR and a proper investigation not taking place,” Chief Justice NV Ramana said.

The Lakhimpur Kheri violence triggered a major political storm as the main accused Asish Mishra, who has been named in police FIR, is the son of the minister of state for home Ajay Mishra Teni. As the opposition leaders are raising demand for the removal of Ajay Mishra, the minister of state on Wednesday met Union home minister Amit Shah in New Delhi. Ajay Mishra has been claiming that his son was not there in the car which ran over the protesters. He claimed the driver lost the balance after being attacked by stone pelters and then some protesters came under the car. Later, his driver was lynched and the car was set on fire, the minister has claimed.

Meanwhile, Congress leader Rahul Gandhi returned to Delhi on Thursday afternoon after meeting the family members of those killed in the violent Lakhimpur Kheri incident. Meanwhile, Congress general secretary Priyanka Gandhi Vadra tried to meet the kin of the two deceased BJP workers in Bahraich but was refused permission by the police.