‘Would have been disappointed if Tadap had not reached the guys in the theatres’ : Milan Luthria 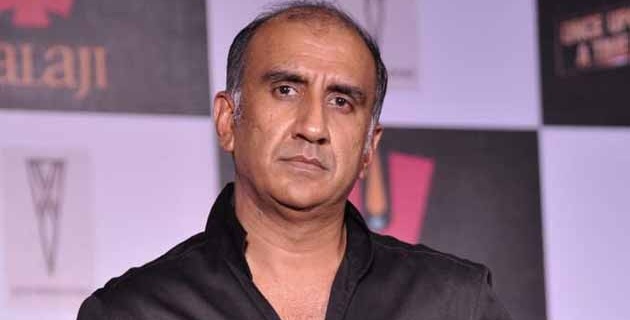 It must be such a relief to be able to bring Tadap featuring debutant Ahan Shetty opposite Tara Sutaria to the theatres at a time when many new films are still releasing on OTT platform?

Well, it’s been an anxious time and I’m blessed my producers, Sajid Nadiadwala and Fox Star Studios, decided to wait for the theatres to open after the long shutdown because of the pandemic even though there was a lot of pressure to release the film on OTT. Tadap was designed as a big screen experience and I would have been disappointed if it had not reached my target audience, the guys in the theatres who whistle and clap.

Till a month-and-a-half ago, I wasn’t even sure the film would come this year because we had to find a Friday when we were not coming with too many films. Hats off to my producers for ensuring a solo release for Tadap on December 3. at a time when people are ready to go out and celebrate life again. It’s up to us now to bring the audience back in big numbers.

Well, the response to the trailer has been overwhelming…

It’s been unexpected and gratifying given that we have a new boy, Ahan Shetty, and a girl, Tara Sutaria, who is only a couple of films old. Also, we are still fighting Covid.

Acceptance of the trailer is important because that’s the first step to success and we wanted to pass that test. We cut many trailers, making the background sound more aggressive, adding a beautiful Pritam song. It’s a young love story and despite all the action, I wanted soulful, romantic music and not item numbers. And Pritam delivered on point.

Silk is dead, but is there a possibility of taking The Dirty Picture forward given that it has become such an iconic film?

I’d be afraid to do something with a film so special which has made a place in not just my heart but that of people too. It would be difficult to top that film, so I will let it be. But I would love to make another female centric film like The Dirty Picture.

How have you coped with the on-going pandemic?

Fortunately, we were in our holiday home in Alibaug and not stuck in the city. But my wife, daughter and I maintained strict discipline and a daily routine. We woke up on time, exercised, did things together and also learnt to stay away from each other, doing certain things alone, be it watching a movie or going on a zoom call. That kept us out of each other’s hair and kept us going.

There were so many things we had to learn and relearn. It was frustrating to see a child sitting before a computer for six hours a day. But one perfected the art of patience, it’s a great virtue and has seen me through my career. Movies are difficult to make and take time.

Now, it’s a virtue I try to teach young people when working with them, urging them not to get short-tempered on the set, but appreciate the efforts of all those who are striving tirelessly to make them look good.

For someone so talented, it’s disappointing not to see more movies by Milan Luthria. You are missed.

Some others have been telling me the same and it feels good to hear this. But sometimes the script you have been working on for six-eight months doesn’t shape up the way you had envisaged and you have to let it go. Perhaps I have set my internal filters a little higher, so the scripts have to pass my acid test first.

But I am feeling good after months of being stuck at home because of the pandemic. And I can promise you will see more of me now. I’ve been working on a show for OTT which should happen soon.