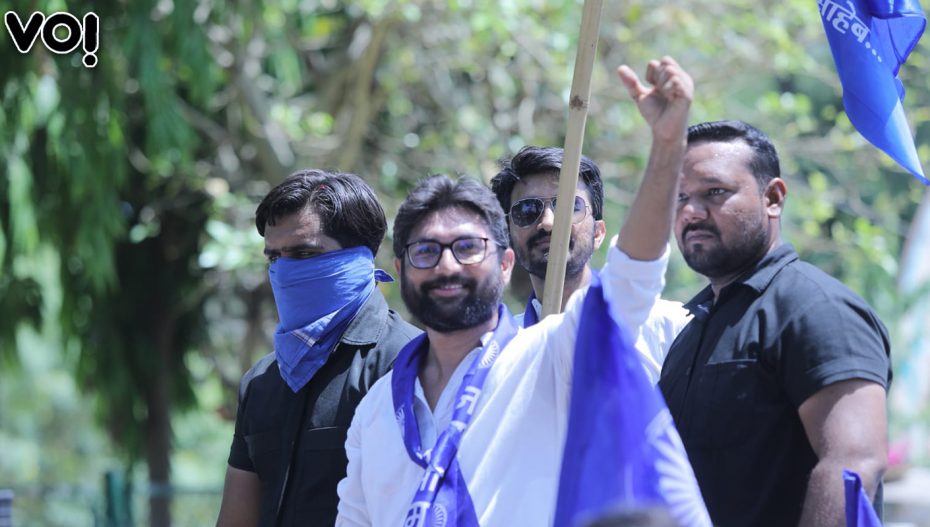 Gujarat MLA, Jignesh Mevani, along with thousands of people today took part in a bike rally at Sarangpur in Ahmedabad and paid tribute Dr Babasaheb Ambedkar on his 131st birth anniversary. The leader and scores of men and women paid tribute by placing flower garlands around monumental figure of Ambedkar.

Mevani is considered the spearhead of the Dalit community and  Ambedkar is remembered for his tremendous contribution towards abolition of caste system and upliftment of lower classes in India. Mevani has continuously spoken for the Dalit and other classes that are considered backward. He has said that although it feels like caste system does not exist in India, at the grass-root level it is still very much prevalent.

Last year, Mevani who arrived in Gadhada taluka of Botad district to attend a program on social harmony, said that the villagers had informed his of the discrimination that they are still facing. He said Dalits living in the village of Mandavadhar were ill-treated with practice of untouchability. The barber in the village does not cut their hair and are not allowed to enter the village temple. Same is happening with food and drink shops and sellers.