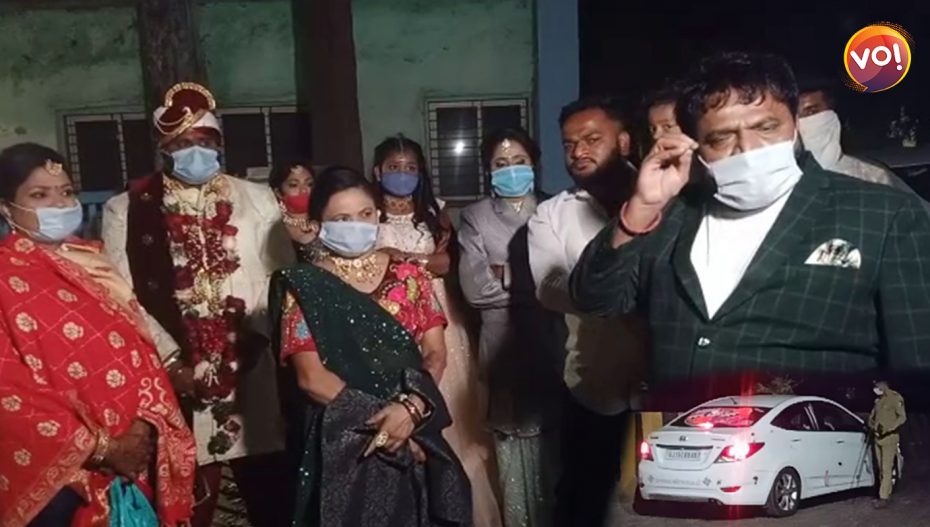 In a classic case of trying to be more loyal than the king, an overzealous team of the South Gujarat Police made a newly-wed couple spend their wedding night at a police station. Their crime? They and family members were returning home after the wedding post the 10 p.m. night curfew time.

After their wedding in Pardi town in Valsad district, the couple along with their family members were returning to Valsad when the police stopped them for entering the city during night curfew. Valsad is among the 17 cities, besides eight metros in Gujarat, where the State Government has imposed curfew from 10 p.m. to 6 p.m.

The family members are understood to have objected to the police action and insisted the police keep everyone in the lockup but at least allow the couple to proceed. But the overzealous police stuck to their guns and kept them at the police station through the night. The bride, the groom and other family members were finally released on bail the next morning.

The groom, Piyush Patel, alleged that the police had misbehaved with them. “We apologized for being a little late. Our family members pleaded with the police to take action against them for violating the curfew but let us go. Their pleas fell on deaf ears.”

District Superintendent of Police Rajdeep Singh Zala, however, justified the police action saying that the bride and groom had violated the curfew.