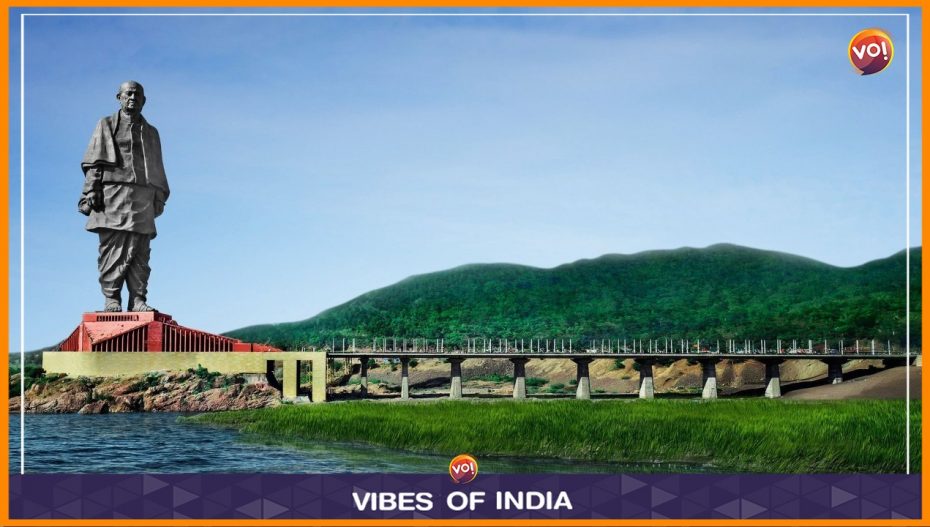 We all have heard this line at least once by someone “The Iron Man Of India” or “The Man Who United the Whole Nation”. If you guessed Sardar Vallabhbhai Patel, then you are correct. To honor this great man, the government of India has built a whopping 182 meter long statue called the ‘Statue Of Unity’ or ‘SOU’.

This statue was made by collecting scrap iron throughout India and they melted it to make iron rods and build the world’s tallest statue. This project was given to L&T or Laser and Turbo as it was Sardar Patel’s dream to fulfil “Atmanirbhar Bharat” or “Make in India”. I went to visit this statue on Friday and this is my experience about it.

The journey started off at 7 in the morning and it was a long 5 hour journey. We saw many beautiful sceneries like  maize fields , marigold flowers etc. After an exhausting 5 hour drive, I finally made it to paradise. The moment I stepped down from the car, I entered into a whole new world . Green gardens, clean streets,the trickling of the Narmada river all merged into a beautiful scenery which cannot be described with words. I then had lunch in a local restaurant and after refuelling myself, I took a ride in the travel bus . Just 5 minutes later, I saw a perfectly painted picture. My eyes were in awe of what I had just seen in front of me – The Statue Of Unity.

After seeing this from afar, it was time to step inside of it to see its creation. Inside was a huge 3D head piece of Sardar Vallabhai Patel and beside it were two touch screen displays mounted on stands in which there were sections displaying the course of the statue building. Then came the best part of it, the viewing gallery. It was a place located in the eyes of the statue from which the whole town was visible. For me, I was aew-struk by the fact that I was 182 meters in the air and was able to see this fabulous scenery.

After this visit, I went to see the Sardar Sarovar Dam built on the banks of river Narmada and it was humongous. The evening was closed with a satisfying cruise ride in which a live dance performance was done and was followed by a remarkable laser light show in which laser lights were being screened on the statue which displayed the whole life story of Sardar Patel.

All said and done, it was a very interesting experience and we all should try this as to see the beauty of structures around us.

Also Read: Scion Of The Times

Android V/s iPhone : Which Is Better And Why