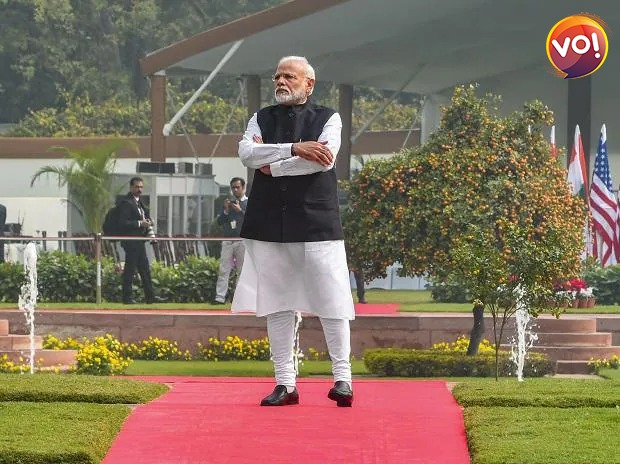 It is a colossal majority with which Gujarat has thrown back the BJP to helm power in the state. Thursday’s results have created history of sorts. A seventh term for any party and that too with a record-setting mandate could only mean one thing: alls well with Modi’s Gujarat.

There is no sign of voter fatigue or anti-incumbency. Something that PM Modi stated in his November 21 rally at Surendranagar. “Gujarat has proven the theory of anti-incumbency wrong by repeatedly choosing the BJP,” he staked a claim.

The unprecedented victory margin also signals cementing of Modi’s popularity in home turf. He has been an integral part of the state’s history ever since assuming office as CM in 2002, post the devastating Bhuj earthquake in 2001.

However, Modi took it upon himself to “turn the crisis into an opportunity.” BJP leaders, workers and supporters alike are in unison when they talk of Modi’s indefatigable work ethos in making the most of any crisis and the optimal of any favorable situation.

As a senior party functionary explained: “Under Modi’s leadership, there is always striving for the tallest, highest and best. We made the tallest statue (Unity) in the world, the largest stadium (NaMo Stadium) and are now gearing to host the 2036 Olympics. Gujarat recently hosted the National Games because we now have a world-class sports complex in Ahmedabad. India is emerging a crucial player in the South Asian region and this all owes to Modi’s lobbying and hobnobbing with the global superpowers. In 20 years from now, we see progress and a substantial part of it will be because of one man’s untiring efforts.”

In Gujarat, he is credited with having ended the water woes for millions of households in the Saurashtra region by diverting Narmada’s surplus. “Every household in the state now gets piped water and school drop out rate has dropped from 37.2% to 3.4%,” the party senior claimed.

A subliminal message was sent out by bringing in high voltage campaigners such as Modi-Shah-Nadda in the Assembly polls. “Keep the central figure in mind, not your local candidate. Ever since the poll announcement on Nov 3, Modi addressed 31 rallies covering almost all the 182 segments and ended the campaign with blitzkrieg 50-km roadshow in Ahmedabad,’ he recounted, adding that Modi’s presence made a huge difference in the average Gujarati voter’s mind.