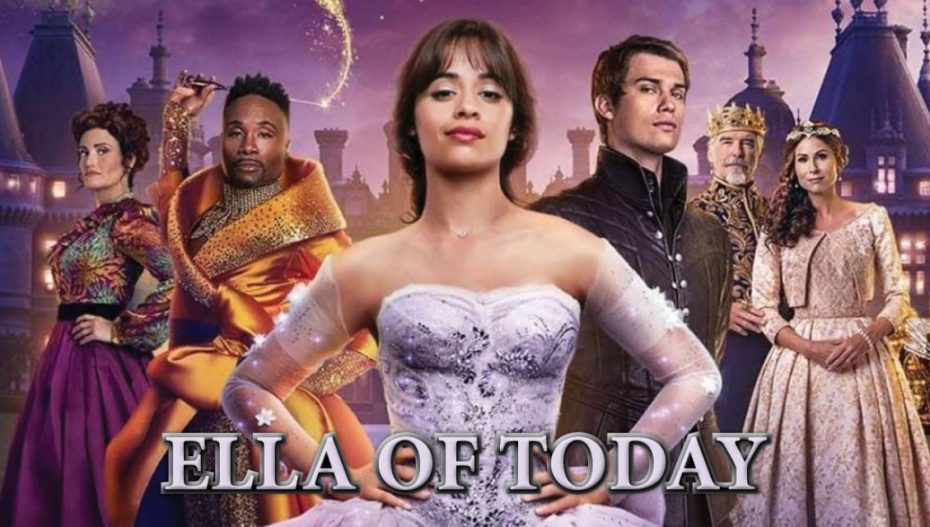 I think we can all agree that the new Cinderella movie released on 3rd September 2021 on Amazon Prime Video took the world by storm. It is not your classic, “Oh my prince, oh my lover, I shall devote my life to you,” sort of movie. The very famous Latina singer Camila Cabello as Cinderella and the English actor Nicholas Galitzine as Prince Robert starred in the new rendition of the classic Cinderella. It is different from regular princess movies due to its fresh take on the stereotype that portrays the girl’s dream to be married to a prince. We know of multiple stereotypes which were rendered incorrect. I will focus on the two main ones here:

The classic is, “Women cannot run businesses or rule; they are meant to be married and work in the kitchen and produce babies.”

There is so much wrong with this trope. You cannot assign certain norms to a particular person just because of his/her/their gender because it would be so stupid! Sure, a person has their strong and weak points. There are skills which either they can perform well or not good at all. But, it does not mean that one should prevent a woman from being independent and working on her career just because she is a “woman”.

Desiring to work on oneself or for oneself is not selfish!

We saw Ella in the movie imagining her future shop, “Dresses by Ella”. When she first goes to the market to sell her beautifully handmade and totally-not-stolen dress, she observes that every shop name ends with “and sons” which signifies not even one shop is owned by a woman.

She walks up to a lady and tries to sell her the dress. The lady accuses Ella of having stolen the dress and calls her a “street urchin”. Finally, in the hope that someone will hear her out, she yells at the top of her voice marketing her dress and instead of approaching her about the dress, we saw people pass some really offensive comments – “Here is a laugh, this girl fancies herself a businessman” and “Who on earth do you think you are”. Shortly after the market scene, we see the prince in disguise approach, Ella. He starts a conversation and says, “Women cannot own shops”. Ella tries to explain to the prince how the system and the conservative mentality is unfair.

At some point in the movie, we even witness Ella’s stepmother giving her some incorrect advice. She tells Ella that there was a time when she used to have dreams too. She was really good at playing the piano, and she got an opportunity. Upon taking it, her husband told her that real wives do not act so frivolously. She tells Ella that it would be cruel for her to let Ella think she could be something that she could not.

I found this quite weird as the stepmother could understand what it was like to have dreams, of all people. She should have encouraged Ella, but instead, she was to be “given” to Thomas. I am glad that she refused to marry the prince and take Miss Tatiana’s offer.

One other character that I thought was capable and strong was Gwen, she did not have that much of a significant role per se, but her strong personality and ability to rule was shining throughout. She had some excellent ideas on improving the country, whereas at that time, the future king was more like a free bird, and it was not wrong of him to want to be free. He was not suitable for a ruler, and their father really should have understood that sooner. The right person had always been Gwen considering her persevered interest in improving the governance.

The fabulous godmother is a pretty old plump white woman.

Gosh! I am pretty sure that growing up, we all heard the story of Cinderella and her fairy godmother. I am sure that the description of the fairy godmother in our minds is pretty similar! In our movie here, the fabulous godmother portrayed by Billy Porter (a famous LGBTQ+ actor in the industry) is a queer person (biologically male). It was a big surprise to viewers as we certainly did NOT expect that! But it was a pleasant surprise! And can we take a moment to appreciate the language? The style. The sass!? And of course, the EXTRAVAGANT OUTFITS AND HEELS! It would be such a good influence, especially on the younger Gen-Alpha children watching this movie and prove to be quite significant in teaching them breaking stereotypes.

Finally, given below are a few takes by fellow Gen-Z students on the movie.

Kanishka says, “I loved how in the movie, the role of Cinderella is played by a dark-haired Latina woman instead of the classic blonde white girl. Also, how the plot focused on Ella getting her own business instead of just marrying a prince and getting a happily ever after. Also, probably unrelated, but the fab godmother. LOVE HIM.”

Trisha says that the movie is a masterpiece. A woman is NOT just a baby-making device. She is so much more and does not need a man to win the bread.

She added that you do not always have to follow what society LABELS you. Sometimes, breaking the stereotypes leads you to castles, and nothing is wrong with following your dream, even if it means going against the rules. Not compromising on your desires is not selfish.

“There is more depth to women’s ambition than wanting to be perfect, submissive homemakers whose goal is to be married rich. Ella is a perfect example of an independent and hard-working woman. She went to great lengths to pursue her true passion of being a designer. Gwen was a smart and just leader for the kingdom, unlike her father who discriminated among the occupants,” says Yasha.